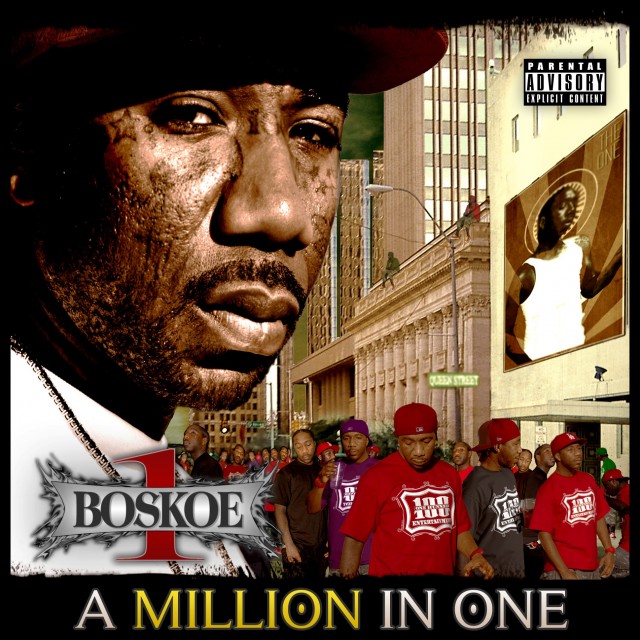 Up and coming Left Coast spitter Kola aka KolaMac was a regular on Dubcnn during 2011 thanks to his “Choppin Change 2: A Westside Story” release dropped on iTunes in October and across the year we brought you music and video from Choppin Change 2: A Westside Story including the Dem Jointzproduced Bang Ya Head Harder and and Shawty Is A Problem, theRhythm D cut Slow Speed and I’m Jus Sayin produced byAyoTheProducer and Rob Holladay.

Today KolaMac returns but this time as a feature on a single from another up and comer; Inglewood representer Boskoe. Boskoe has been on the grind for some time now and has aligned with BigFase100 and his One Hunned Entertainment imprint and is getting ready to release a project in the summer called “A Million In One,” the cover to which can be seen within this update.

We’ve got a little taste of what you can expect on the release with a track entitled “Look N 2 My Eyez (Remix)” that features the aforementioned KolaMac as well as GFly, Compton Menace & Big Fase 100 – listen below!

Stay tuned to Dubcnn for more from “A Million In One” and ensure you follow him on Twitter.