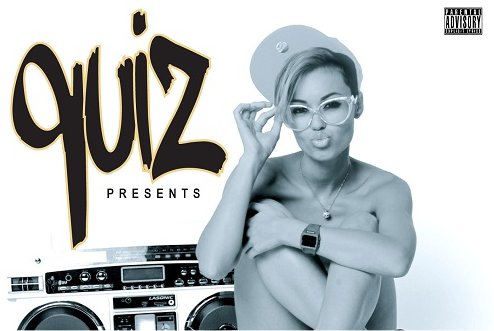 As we’ve reported across much of 2012 Blu Division artist and Glasses Malone protege Quiz has had a busy year getting ready to drop the follow up to his Pass Or Fail project. In previous updates we’ve brought you the video freestyle to Super High, the single Start It Up, then its music video, plus Devil In A New Dress and its music video, the Workout (Freestyle) and the Sega produced Money.

In the more recent weeks leading up to the release of “Dope Kicks Fresh Hats” we’ve also brought you the Workout (Freestyle) Video as well as the title track Dope Kicks Fresh Hats and then the Rapper Big Pooh featured Just Do Me as well as a Lord Knows Freestyle Video alongside Glasses Malone tackling the Just Blaze produced “Lord Knows” by Drake. The final few updates saw a video for his New York, New York freestyle, the Crooked I featured Blow The Horns and Talk Shit, Burn Rubber; a collaboration with LA favorite THURZ.