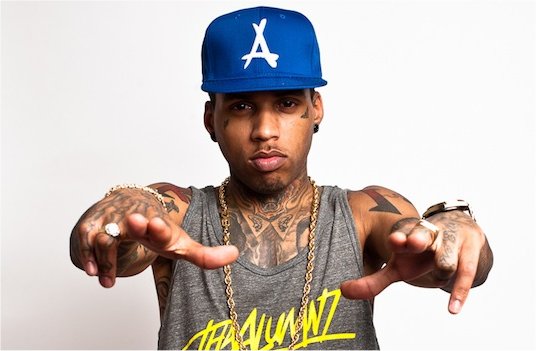 Since July 2010 when KiD Ink first emerged on Dubcnn with Wait For Me – produced By Essay Potna – it was clear the Alumni Music Group representer was destined for big things. Later that same year he dropped the acclaimed mixtape Crash Landing (Hosted By DJ Ill Will & DJ Rockstar).

In May of last year he was back with os Angeles rapper My City alongside Killa Kyleon, Red Cafe and Machine Gun Kelly from his Daydreamer album which he released in June. The album featured the single Live It Up with Mann as well as the video for It’s On.

Late last year he appeared on Liquid Love with K-Young before linking back up with DJ Ill Will for another free mixtape; Wheels Up, from which he released the  Get Mine.

Today he is back on Dubcnn as, in association with Skee.TV & Modern Artists, Heineken presents an in-depth look as we go behind the scenes and backstage with Kid Ink during his recent show in Los Angeles, CA. This great feature is directed by Matt Alonzo.