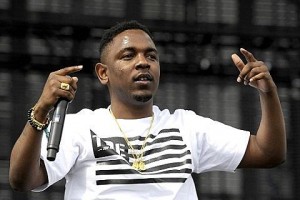 For those that have yet to see Kendrick live in concert, don’t pass up the opportunity this time around. Accompanied by fellow TDE artists Ab-Soul, Jay Rock & Schoolboy Q on all U.S dates, K.Dot is hitting a lot of cities on this good kid, m.A.A.d city World Tour.

Check out the tour dates below.