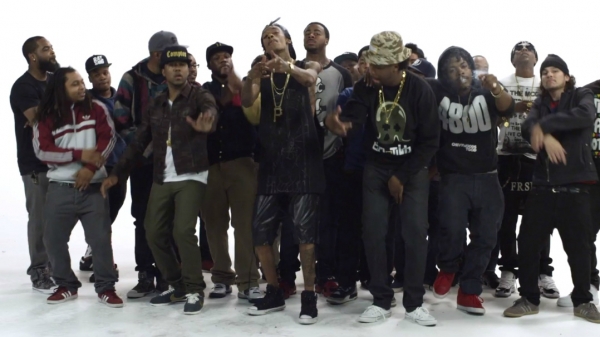 Wiz Khalifa has dropped visuals for “Bout Me” which is produced by Bay Area production crew The Invasion (known for their work with Problem, IamSu!, Kool John, Loverance, etc.). The track two of California’s hottest emcees at the moment, Problem & IamSu!. It was the first track on Wiz’s Cabin Fever 2 mixtape, as well as an deluxe edition track on his latest album, O.I.N.F.C. Watch the video below, there are some dope cameos from Big Sean, Clyde Carson & more as well.