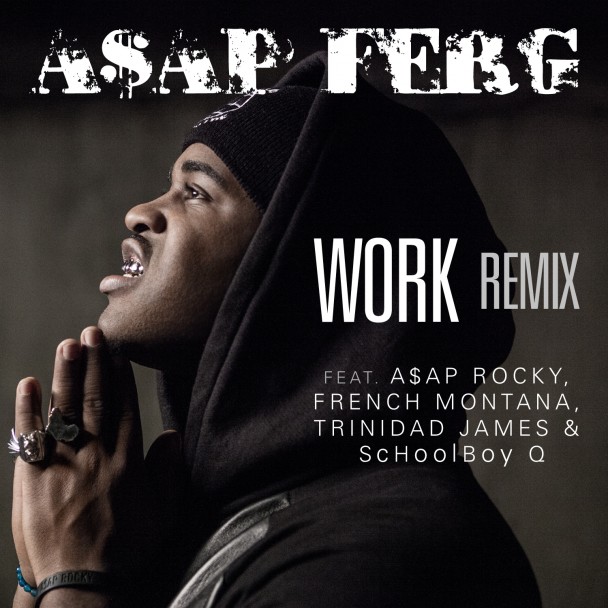 ScHoolboy Q is a name on everyone’s radar right now, helped in part by his inclusion on the XXL’s 2013 Freshman list.

While he puts the finishing touches to his soon to be released “Oxymoron” LP he has continued to pump out new music and video.

In recent weeks alone ScHoolboy Q has dropped an XXL freestyle video, appeared on Hit-Boy‘s monster Cypher posse cut, dropped a record called “Yay Yay” and even linked with Funkmaster Flex for “Tonight’s Da Night.” Earlier this month he also recorded for the DJ Drama hosted “2013 XXL Freshman” mixtape for the cut “She Like.”

Today Q has made an appearance on the long awaited remix of A$AP Ferg’s “Work” that also features French Montana, A$AP Rocky and Trinidad James. Listen to it below!

A$AP Ferg is expected to release the full “Trap Lord” mixtape witihn the coming weeks!  Stay locked to dubcnn for news and media from the upcoming ScHoolboy Q debut album “Oxymoron” – while you wait get all the ScHoolboy Q projects released on dubcnn right here: School Boy Turned Hustla, Setbacks and Gangsta & Soul. Holla at Q via Twitter.