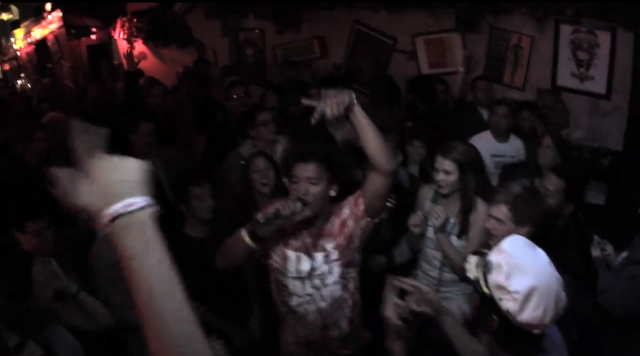 Sahtyre dropped a well received mixtape, by the name of LSD (Prelude), earlier this year. After a string of solid visuals, shows, and a good showing at SXSW, Saht announced he would be going on a 25 date tour along with Bad Rabbits & Air Dubai. The #AmericanLove tour was in support of Bad Rabits’ latest release, and saw Sahtyre performing all over the country. Below is footage of him performing the hit, “Bad Habit” in San Francisco at Bottom of the Hill, which was a sold-out show. Sahtyre jumps in the crowd and gets it lit. The video is shot by Adam Steezak.