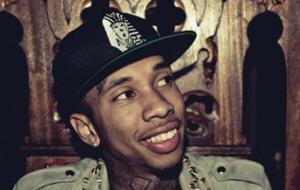 We followed the release of Tyga‘s Hotel California album earlier this year all the way with singles and videos.

Game featured on Switch Lanes,  a video for the Rick Ross featured “Dope”, Hit Em Up which featured Jadakiss and the single Molly with Wiz Khalifa and Mally Mal

Today, with a new project on the way, he’s  unleashed a new single in conjunction with the man who blessed him with his worldwide smash “Rack City”, DJ Mustard. Listen below and support via iTunes.