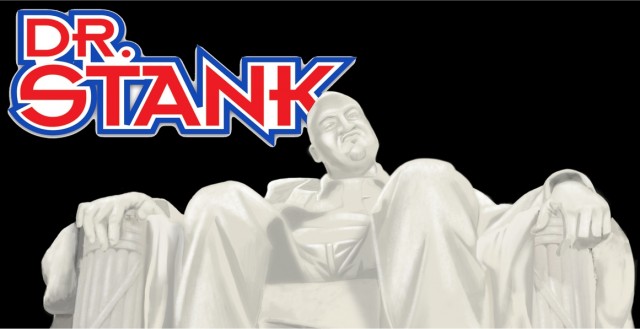 The single “Shoot the Wings” features his partner in crime, Dr. Stank – another DubCNN alumni who’s been silent for far too long!

You have to go back to somewhere in 2008 for our last solo update and music from Dr. Stank, but today he’s put that right by releasing a 17 track album titled “Stank of America” via BandCamp.

The long awaited street album is entirely self-produced and features appearances from Dirty Birdy, Seefor Yourself and Funcsta Func. As expected Dr. Stank delivers some classic verses and is going to please his legion of fans!

Today we can bring you the lead track off the album, “Grand Entrance,” featuring Dirty Birdy to whet your appetite. Check it below but then support Dr. Stank and spend $7 on “Stank of America” via BandCamp.