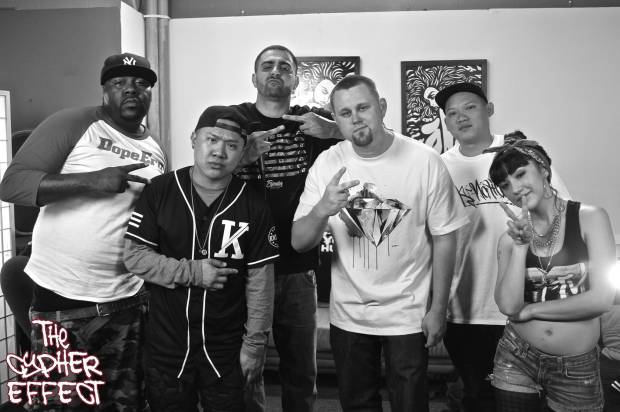 It’s been a while since we had the homie Okwerdz on DubCNN but he just sent over a new Cypher he was a part of.

We caught up with him in Malmo, Sweden, for the O-Zone Battles 2-Year Anniversary, in 2012 where guests were M.O.P., WC, Crooked I, Yukmouth, J-Ro, Kuzzo Fly and many more – even dropping his Dirtbag Dan featured video for Hate Me Cuz I’m Great.

Today he’s dropped off the latest Cypher Effect video where he goes off alongside Mistah F.A.B., Traphik, Dizaster and Gavlyn! Check it below!