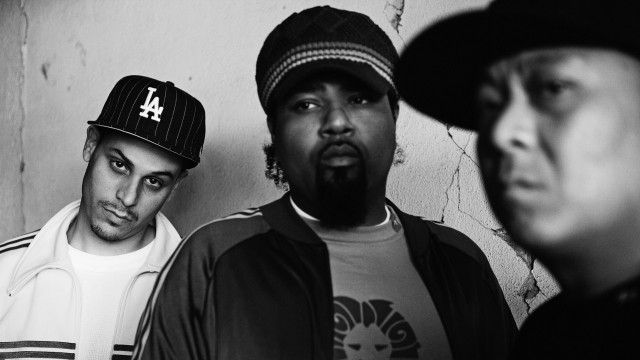 Evidence, Rakaa Iriscience and DJ Babu are getting ready to drop a new Dilated Peoples album, after an 8 year wait.

So far we’ve dropped the tracklist for the 16 track LP – featuring appearances from Vince Staples, Aloe Blacc, Catero, Gangrene, Sick Jacken and Krondon – as well as releasing the visual to the DJ Premier produced “Good As Gone.”

Last time out we dropped the single, “Show Me The Way” featuring Aloe Blacc, produced by Jake One. Today we can bring you behind the scenes video from Dilated Peoples where the trio talk about the evolution of the group and the making of their new LP, Director’s of Photography. Watch the candid piece below then head to iTunes to pre-order!