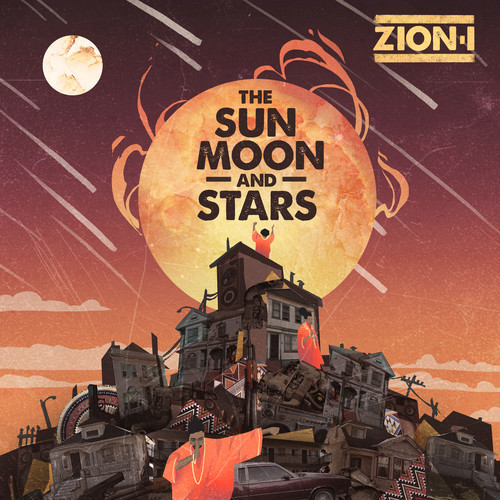 Following last week’s release of The Sun, Moon, and Stars EP, Zion I share the video for “Juggernaut.” In “Juggernaut,” a track produced by Jeffro, Zumbi fires vicious wordplay through the streets of Telegraph Ave. in Berkeley, where Zion I and other local musicians spent their early days hustling CDs and participating in countless cyphers.

“As an up and coming artist, you could get your buzz up and come down to Amoeba to sell a couple hundred CDs,” Zumbi explains. “It’s an eccentric area that feeds the spirit of creativity and freedom.”

Earlier this month, Mass Appeal debuted Zion I’s The Sun, Moon, and Stars, which is the third and final chapter of Zion I’s three EP journey. With the EP, Zumbi and Amp Live announced that they’d be pursuing solo careers, while Zumbi will continue making music under the Zion I name. The duo have been embraced as an Oakland, California mainstay, known for advanced lyrical deliveries and a cohesive back-to-the-future musical package unlike any other.

“Hip-hop is a tool to empower us, not to limit us and put us back into whatever our oppressor wants us to be,” states Zumbi. The Sun, Moon, and Stars EP perfectly encapsulates this idea, with tracks that reflect upon the growing climate of unrest in the wake of fallen minorities like Eric Garner and Mike Brown. Whether it’s the hard hitting pulse of the street anthem “Juggernaut” or the laid-back outro of “Last Nite,” Zion I lays it down to bring his best game forward. While hip-hop continues to grow, Zion I represents the old sage who preserves the core of the culture and genre.