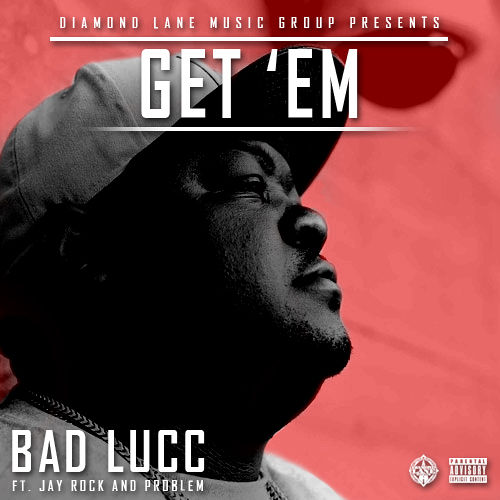 Last month we announced that Watts Riot and DubCNN alumni Bad Lucc was working on a new release titled “Diamond Lane America” due for release later in the year.

He dropped “Hood 2 Hood” then “Top Of The Diamond” produced by League Of Starz featuring Problem, Ab-Soul and Punch and last time out gave us the Macado and Problem produced “Hands Down” -all of which will not feature on the finished LP.

Today he’s back with a new track “Get Em” featuring Problem and Jay Rock with production by Problem. Check it out below and then go back and give Outchea (Free EP Download) another spin while we wait for “Diamond Lane America.”