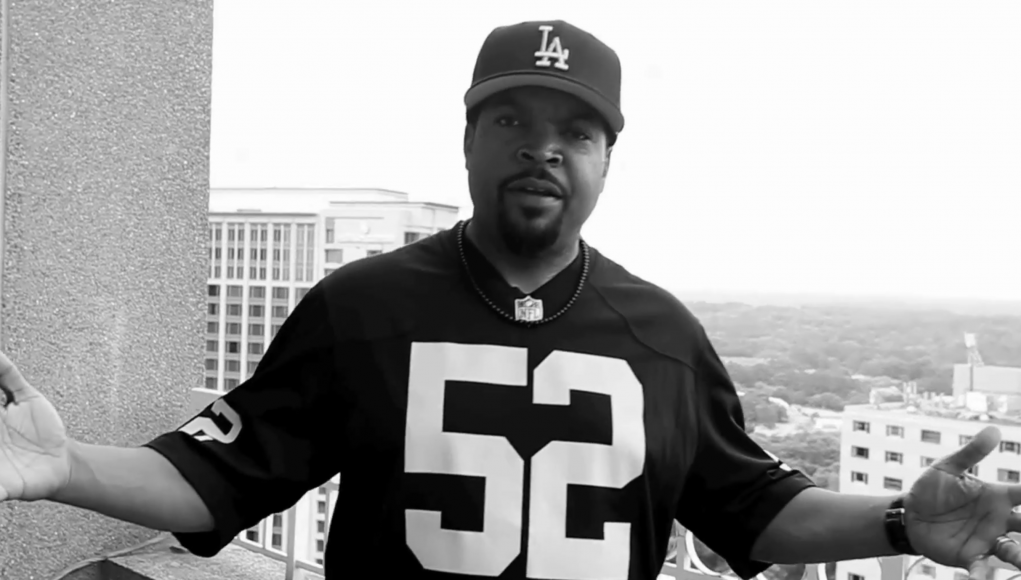 25 years ago today Ice Cube released the classic and ground-breaking “AmeriKKKa’s Most Wanted‏.” Just after leaving N.W.A. this was Cube’s chance to prove himself as a solo artist – and he more than delivered.

To mark the anniversary Ice Cube had issued the below statement, gave an in-depth interview about the albums social and political impact with XXL, as well as releasing a limited edition t-shirt that will be available one time only!

“It was my first solo album after leaving NWA. Although my single was doing okay, I was still very nervous on this date in 1990. All I knew for sure is that I put my best foot forward. With Chuck D of Public Enemy’s help, I got the Bomb Squad to produce the album along with my child hood homie Sir Jinx. Recorded in a little over a month AMW broke ground with connection a West Coast MC at the top of his game with East Coast producers at the top of their game. Sean “Puffy” Combs told me him and Biggie would listen to AMW religiously before they did READY TO DIE. That’s the impact….”

Show some love by listening to the album today – and then head to cop the limited edition Tee shown below!