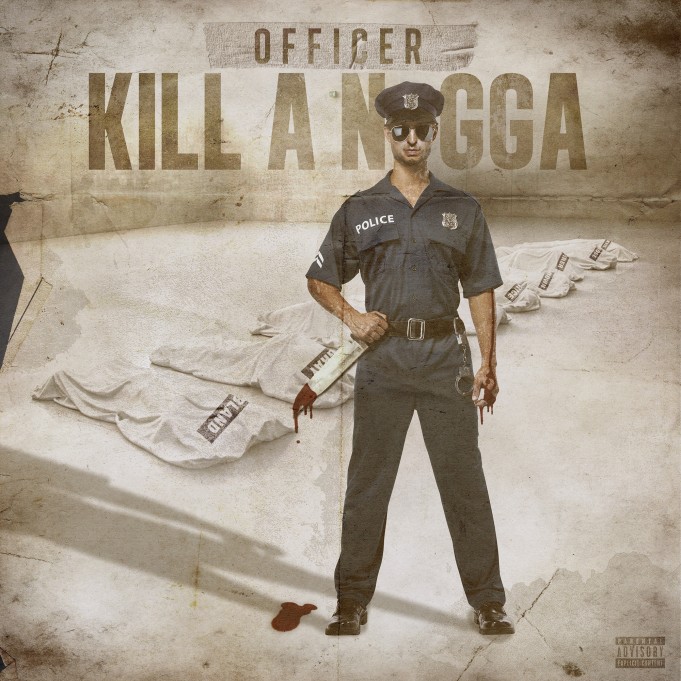 Fresh off his appearances on the chart topping soundtrack for “Southpaw,” KXNG CROOKED of Slaughterhouse is back with a new single “Officer Kill A Nigga.”

This  record could be one his most thought-provoking of his career today, delivering an uppercut to law enforcement.

The track is accompanied by a controversial front and back cover design by Urban Hitchcock featuring imagery depicting some of the victims, including Sam Dubose, Sandra Bland, Tamir Rice, Michael Brown, Eric Garner, Freddie Gray as well as this statement;

“Back in the early eighties we traded our white hood for a badge and a blue uniform and we fooled them niggas. For over four decades we been Blu Klux Klanin’ them niggas, slaughtering ’em by the thousands cause we hate them niggas. Just dial 911 and we’ll come out and kill a nigga”