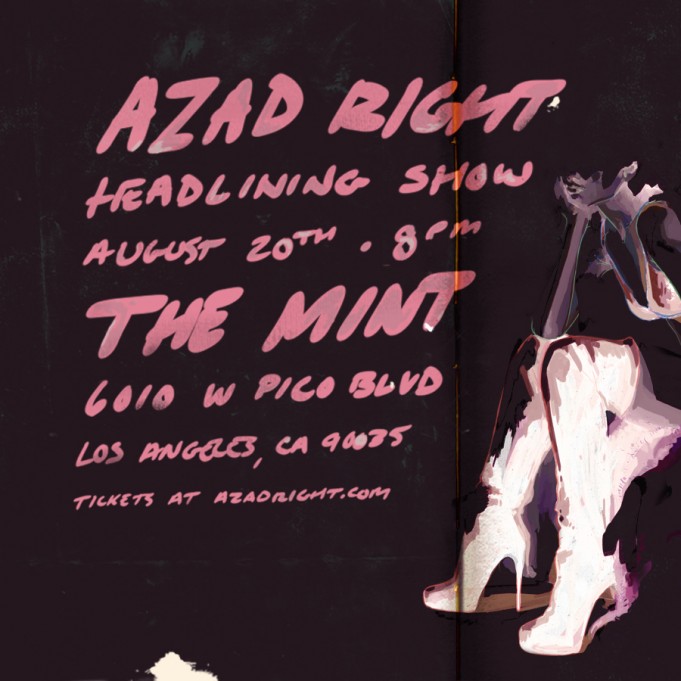 Azad Right has come a long way since 2011 when we first introduced him with his breakthrough single Spiderwebs and “A Piece of Mine” project.

Last year Azad followed that up with “For The Hopeful” release and has been riding a wave of success ever since!

Next week marks a landmark moment in his career as he undertakes his debut headlining LA show! On August 20th at 8pm at THE MINT, 6010 W Pico Blvd, CA 90035 Azad will take to the stage and perform in front of a packed house – make sure you’re in attendance and get tickets here.

Lookout for DubCNN in the building!