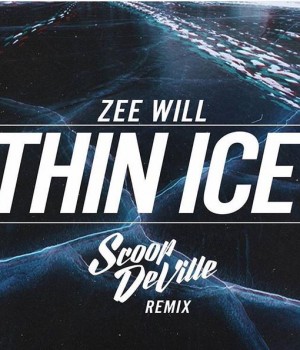 Remixing his record “Thin Ice” off his self titled album Zee Will, highly noted west coast producer Scoop Deville adds his own feel & flavor to one of the standout tracks from the Fresno native, who’s album has received much praise, and deservingly so. Supplying a smooth ride with bass beating drums and new soulful sounds to the original work, Zee skates on wax, or better yet thin ice as he strides to find balance in his relationship before it becomes to late for anything to last. From this joint to the project in it’s entirety, it has been in heavy rotation on stations all across California, prepping Zee Will to become a household name while still embodying hip-hop in it’s very essence and keeping it at the core of his poetic & polished sound. Tune in.