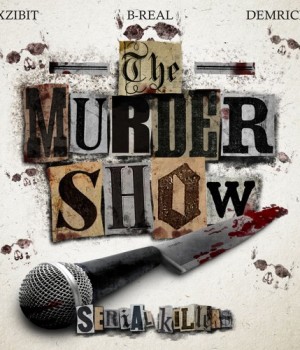 Known as the Serial Killers, Cypress Hill’s B-Real, accompanied by fellow west coast living legend Xzibit and Demrick, who if you are who your friends are, is an emcee who’s rightfully earned the respect of his peers on stage and on the mic, drop their new joint “Murder Show”. Together this triple threat tear through the heavy & hard hitting production, running a three man weave over the track, and fusing their vastly different styles and sounds into one unified force. Creating a symmetry through their ruggedly different rap patterns, their is an obvious chemistry that exists between the three emcees, as they all share the interest in killing off competition and murdering every record they take a stab at, bare witness.