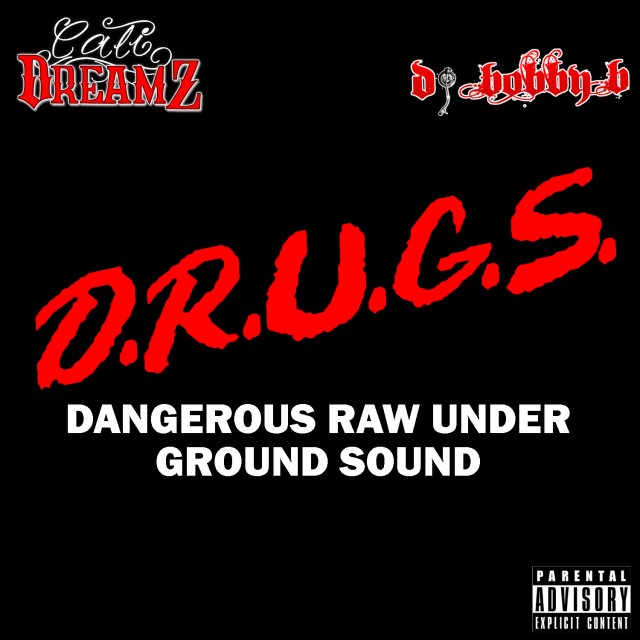 It’s been almost 3 years now since we last heard from Cali Dreamz when he dropped his All Eyez On You (2 Pac Tribute) record with Bobby B.

In 2008 he emerged onto the scene with The Execution with Meech Wells & DJ L-Gee. Following up with his self-titled single Cali Dreamz featuring KK of 2nd II None and Nehru from his Cali Dreamz mixtape, hosted by DJ Deftone and including tracks such as Midnight & U with Sly Boogy & Konflict, How Gangstas Live alongside Konflict and the KK of 2nd II None featured In Da Club. He then released Gotta Love It from his compilation project “West Coast 2.0.”

Now Cali Dreamz is back with his third mixtape, “DRUGS – Dangerous Raw Under Ground Sound” and is a preview of what will follow on his upcoming album “Yahweh” which he plans to drop in late June 2016. When asked about the new mixtape Cali Dreamz told DubCNN.com;

The concept of this project DRUGS is bringing back that hip hop element that has been missing in today’s music for so long. All about the lyrics and substance I am coming with. I am downgrading these fake MC’s, trap rappers and bubble gum rappers. Calling them out to step their bars up and their lyrical content.

DJ Bobby B – Suga Free’s DJ – once again joins him on this release, alongside production from NY Bangers [Tony Yayo, Jadakiss] and Paul Cabbin [Bishop Lamont]. The mixtapes is a blend of West Coast and East Coast Hip-Hop and interestingly Cali Dreamz opted to keep this a clean release;

[Yeah] I kept this one clean no cursing cause I want to show you don’t need to curse to bust hard on a track. This is not meant for radio. This is Dangerous Raw Under Ground Sound. Speaking for the people and creating a movement for real hip hop once again.