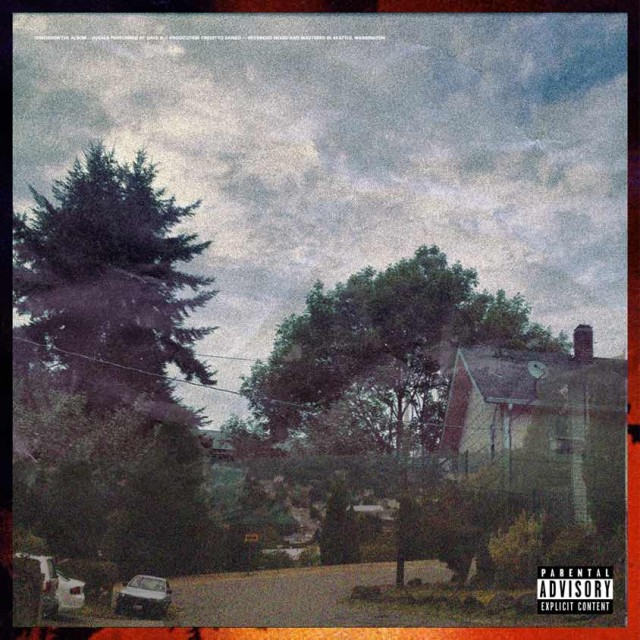 DAVE B AND SANGO
RELEASE COLLABORATIVE ALBUM
TOMORROW
TOUR DATES SLATED FOR THIS FALL
“Between subject matter and production,Tomorrow feels cool and gray throughout, but never dreary or gloomy. It sounds contemplative, young but wise – like the reality of living in one decision, and debating your next one.”
-NPR Music
Seattle emcee and producer team Dave B and Sango release their highly anticipated and critically acclaimed collaborative albumTomorrow via independent PCA. Recently,NPR Music treated fans to a First Listen of the 12-track project, applauding the new pairing: “in a rare moment, we get the chance to hear someone really rap over [Sango’s] production style as Dave B doesn’t back down from the challenge.”Hypetrack praises “Dave’s unique, distinct rap style, which falls somewhere between rapping and singing, pairs flawlessly with Sango’s innovative production.” Okayplayer raves that the Seattle duo are “putting their city on the map in a big way with melodic bars and breezy beats that should pair nicely with whatever your poison of preference may be.”Meanwhile, 2Dopeboyz gives a nod to Dave B who “has been treating us to some true gems.”
DOWNLOAD TOMORROW ON iTUNES
LISTEN TO TOMORROWON SPOTIFY
LISTEN TO TOMORROW ON NPR
“Tomorrow is the one day you can never really know what it will bring,” explains Dave B. “I wanted to make a piece about our less exposed Seattle.  Sango provided the perfect backdrop for us to do just that.”
Sango adds, “Tomorrow is the framework of the sound from up here. People don’t know really how it is in Seattle. The culture.”
Pigeons & Planes premiered Dave B andSango’s first Tomorrow song release “Got It From” where they noted that “accompanied by Sango’s swirling production, Dave B rap-sings effortlessly… flaunting his unique flair with ease.” Soon after, Dave B and Sango partnered with Mass Appealfor their “Help Me Find A Way” song premiere who praised its “smooth flavor” where “a simple chord progression, stuttering drums, and some train sounds are ample soundscape for Dave to get busy… giving Seattle the sound it deserves.”HotNewHipHop has also stamped the pair’s song releases with top ratings. Bestowing upon Dave B as Seattle’s “most promising young prospect” who’s “armed with some serious singing chops,” HotNewHipHopapproves of “Help Me Find A Way” as “Sango builds the beat around a floral sample and Dave employs his effortless flow to interpolate A Tribe Called Quest’s “Find My Way” and notes that “dreamy sonic adventure“Parallel” is similarly excellent.”
Stay tuned, as Dave B and Sango will be joining forces again for a fall shows that will kick off with a hometown album release show at Neumos in Seattle on September 23rd. Forthcoming tour dates to be announced shortly.
TOMORROW – TRACKLIST:
1) Zonin
2) Help Me Find A Way
3) Drugs ‘n Such
4) Do Not Disturb (ft. Key Nyata)
5) Gone
6) Parallel
7) Nothin
8) Cold Weather
9) Got It From
10 Whatever Happens
11) Right Here
12) I Don’t Care What Y’all Think

Artists: Dave B and Sango