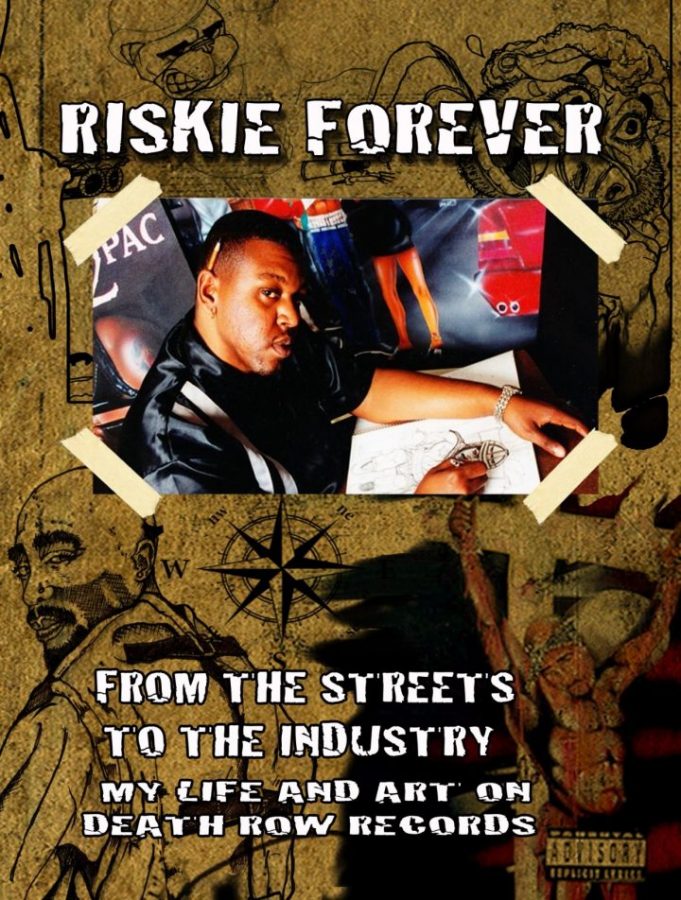 Tomorrow, 20 years on from the death of Tupac Shakur, Ronald “Riskie” Brent will release the incredible “Riskie Forever – From the Streets to the Industry: My Life and Art on Death Row Records.”

This book chronicles the story of Ronald “Riskie” Brent who rose from the fabled streets of Compton to the hallowed halls of Death Row Records during its peak. This art-book, reveals Riskie’s struggle to develop as an artist and his ultimate triumph as the painter behind some of Hip Hop’s most iconic images.

This book is a time capsule of one of the most important eras in American popular music, across its pages you’ll discover the stories behind the artwork of 2Pac’s All Eyez On Me and The Don Killuminati: The 7 Day Theory, Snoop Dogg’s Tha Doggfather, Nate Dogg’s G Funk Classics Vol. 1 & 2, and many more classic albums blessed by Riskie’s incredible talents

The book is littered with sketches, drawings, paintings, and photographs, many of which have never before been seen by the general public.

“Riskie Forever,” which is available in full-color large format hardcover and softcover editions, is in itself a work of art. The project and toil of Riskie and co-author Michael Namikas over recent months also features Leila Steinberg, who discovered 2Pac, as well as many people whose lives Riskie has touched, including members of The Outlawz.

The book will be available from tomorrow via Over The Edge Books – head over to his store to buy it now – fans will want to get their hands on this quickly!