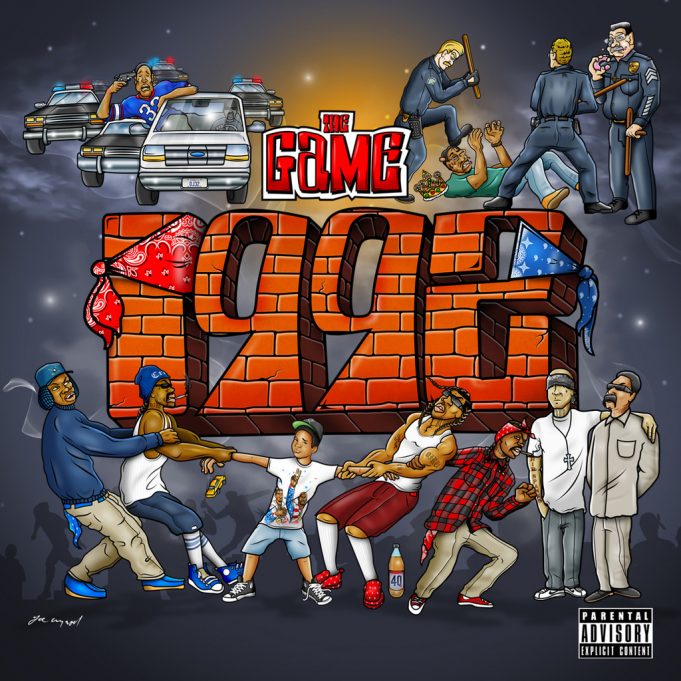 The Game is thrilled to announce that the pre-order to his forthcoming 1992 album is now available along with his new single.

The track “True Colors/It’s On” – which contains samples from DubCNN’s own OYG redrum781 “Piru Love” and Ice-T “Colors” – will feature on “1992” which is due for release on October 14th via Entertainment One Music/5th Amendment/Blood Money. The Game is currently on the road for his national 1992 Block Wars Tour which kicked off August 31st in Los Angeles with stops in Dallas, Miami, Atlanta, Chicago, Portland and many other major cities. Full track listing and upcoming tour dates included below.

For his new hard hitting single “True Colors/It’s On,” Game flips Ice-T’s classic “Colors” to reveal vivid, intimate details of his own upbringing in Compton. Produced by Bongo Da Drum Gawd, The Game further delves into his childhood and life of gang banging during a time of the nation’s high racial tensions.

“1992 was inspired by what was going on in my life, my city & the world when I was 12 years old coming into my teenage years: The Los Angeles Riots, Michael Jordan & the Dream Team who won Olympic Gold… Crips & bloods were pulling me in both directions & joining one of the gangs was almost a normality for a young African American male growing up in Compton & the surrounding areas of Los Angeles County… Rodney King getting abused by the cops was an unforgettable incident & caused mass hysteria worldwide & the famous OJ Simpson car chase/trial was a huge worldwide televised situation that racially divided a country… So these are some of the many topics based around my childhood touched on in this album. To understand my life you have to understand what I’ve been thru, live where I’ve lived & watch lives of people you loved get erased because of their colors. #1992”

Pre-Order the album now via iTunes and check the tracklist below.