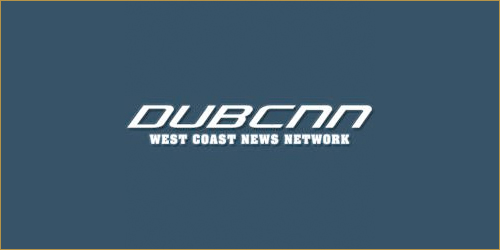 An Open Letter from Stan Sheppard

The Destruction of a Black Power Base by Blacks

I decided to write this open letter to the current crop of Black artists and music executives who are creating the music and promoting it on a worldwide basis for the three major recording companies and the few major independent distributors that are left.

This letter is being written to hopefully make all of you talented young. Black recording artists in Rap understand that you are systematically destroying one of the last Black power bases in the United States by physically fighting against one another week after week. The truth be told, you look like “clowns” who are being laughed at and manipulated by others outside of the Black race and within the hallways of the major recording companies.

As anyone knows who pays attention to Hip Hop news and activities, there is a big fight looming on the horizon between Chris Brown and Soulja Boy caused by a variety of issues that are too numerous to go into at this point. This upcoming fight, if it takes place and I hope it doesn’t, has turned into a spectacle that further degrades Black folks at a time when it didn’t have to. Especially now in light of the many changes that are taking place in our country.

Why do we have to throw these two young men into the ring to try to do damage to one another while the whole world watches and laughs at more inner city ignorance perpetrated by Blacks upon other Blacks just to make some dollars. The last time I looked, these two young men were making a great living as a Rap artist and an R&B singer and I didn’t see anywhere in any prior publications or stories where these two guys have been making money in the ring boxing.

In my humble opinion, if these two young men have some serious issues against one another why don’t they arrange a meeting to discuss a possible peaceful solution? Both of these young men have intelligent people around them and as any real man knows, you must always leave a violent resolution to a problem as a last resort.

Do any of you reading this letter know of any other recording artists in any other genre of music who are ready to kill, beat, rob, insult or degrade each other just to get their music noticed? Keep thinking, I’ll wait.

As young Black artists and executives who are in control of what you do artistically you have created a vast money machine which is controlled by the major companies whether it be one of the three majors or one of the few major independent distributors that are left. These corporations and their executives had to alter their companies business plans approximately fifteen years ago because they knew that their Rock, Pop, Country and Alternative artists sales were starting to slide at a more

rapid pace than they anticipated while at the same time the sales and interest in Rap music was rising at a steady rate year after year.

Being the astute business people that they are, these executives were instructed by the bean counters and senior directors in the corporate offices to “bring back the rappers” they had once shunned from their offices and gear up their marketing plans to include at least one Rap artist per quarter to be released. They also decided that because they didn’t know much about “street music” they had to hire some Black folks who did understand the “culture”, and in the interim laid off hundreds of qualified Black workers and kept only a skeleton crew to keep the Urban departments

operating. Think my facts are wrong check it out, I invite you to.

These corporations also knew they had to alter their future business deals because the internet gave rise to artists and musical sales they never dreamed would happen. Hence the 360 deals. These deals being offered by the majors are mostly for Rap artists and because these people and their reps don’t know any better, they sign away a lot of their earning potential just to get a shot at getting a record on the radio.

Please understand, you young Black men and women in Hip Hop have the financial keys to the kingdom as it implies to dealing with the major corporations who distribute your music. Stop being distracted by petty beefs that usually end up in death or the beating of one Black man by another and concentrate on how you can come together as a financial entity to better the opportunity for other Black folks to prosper from your personal success. The Black artistic community whether it be in music, film or sports has enormous financial clout if it is only used properly to further the cause. Think of the hundreds and hundreds of young Black men and women who have turned their

financial lives around and the lives of their family members and friends because of Hip-Hop Music.

Can you imagine for one moment the economic clout that could be galvanized if young men and women in Hip Hop like Dr. Dre, Puffy, Jay Z, Akon, Beyoncé, Birdman, Rick Ross, Lil Wayne, Nikki, Drake and other Black artists got together and demanded new deals from the major labels or they would withhold their music? It would be massive. You see, the executives on the other side of the table know the depths of real Black power. It just seems as if the young Black power brokers themselves don’t understand that concept yet.

In closing, I ask all of you young Black men and women in Hip Hop to take a closer look at what you do and say because it’s a reflection on the Black race and your earning power as an individual. People are always going to have disagreements concerning a variety of issues but for Black folks in music, do these situations always have to be settled by violence? Hopefully not.

Hip Hop is one of the last revenue streams that young Black folks can lay claim to in the music industry because R&B is definitely on life support as far as sales are concerned and Jazz and Blues have barely made a dent in record company bottom lines for years. So why don’t you young Black men and women in Hip Hop wake up and see the power that you have in the marketplace and stop fighting and trying to destroy the careers of one another and pool your resources together like other groups of people do.

As we all know, there is power in numbers and the monetary numbers that are being made by these major corporations off of the backs of young Black folks in Hip Hop is staggering whether it be from shows, endorsements or record sales and that revenue stream should not be obstructed for any reason. Please do your craft, your culture and the Black race a positive deed by trying to work out your difficulties without violence. Only the major record companies and the major distributors prosper heavily on the financial end when a Black artist dies or is incarcerated. And what would happen if there was no in-fighting going on with Cash Money Records? Would that be a “Billion dollar deal” Universal would have to make if they wanted the label to resign their distribution deal? You’re darn right it would be a billion dollars.

In closing, all I ask you young men and women to do is to think about your actions before you act, and to maximize your earning potential in the marketplace. Please don’t add to the destruction of your own craft and stop your economic blessings from coming your way. Case Closed.

Shout out Chad Kiser. Only on DubCNN.