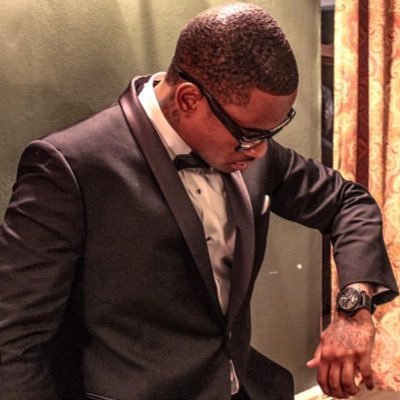 “It’s a bit of a slow burn, but by the second time you hear it, it’s impossible to get out of your head. That bass line is just too massive not to make you start acting  reckless. There’s no telling what kind of chaos this song might unleash this summer in New York.” (Noisey)
“…working with Mike WiLL Made-It tends to make you wanna produce a track that a make you slap ya grandmother!” – F1JO

Ear Drummers is an army.  Better yet,  its drum corp.  Queued up is Mike WiLL Made-It’s right-hand man F1JO who drops off his new single “No Beer.” Using today’s drill- and trap- influenced banger template with the grit and menacing soundscape made infamous by classic New York acts like Mobb Deep and The Lox, F1JO’s self-produced single is “a sinister, almost macabre sound  that  nonethless makes you want to jump on the nearest couch and start yelling out party-reach catchphrases.”

F1JO tells Noisey, “I was in the studio during one of my late night studio sessions.  Somebody was doing a store run and we were all giving our orders.  Somebody in the room said, ‘Bring me anything, bruh…long as it no muthafuckin beer.’  He was so serious about.  I had produced the beat a few days before at my boy Sonaro’s studio and couldn’t figure out what I wanted to say on it.  Then it just clicked.  I went in and did the song in about 15 minutes.  Nothing written.”
STREAM: “No Beer” by F1JO
Cutting his teeth on the hallowed streets of Jamaica Queens – home to everybody from 50 Cent and Nicki Minaj to Russell Simmons and Run-D.M.C.- the rapper and producer spent the past decade building a formidable catalog under the moniker “Yung Joey.” His woozy wordplay and knack for hook-writing, matched with an undeniable hip-hop pedigree, earned Yung Joey the support of 1017 Brick Squad/Brick Squad Monopoly’s Waka Flocka Flame and Gucci Mane. Fueled by the endorsement of the then white-hot imprint, the aspiring rap king of Queens would continue stirring up a buzz with mixtapes such as The 6th Man and Along Came Molly all the while collaborating with artists like Gucci, Waka, Rae Sremmurd, LL Cool J, Dej Loaf, Dave East and more.
Emboldened by longtime friend Mike WiLL Made-It, the now F1JO (“F1” an abbreviation for his “Family First” philosophy) is back with a new batch of music guided by the trusty ear of the lauded producer.
“No Beer” is available on Spotify, iTunes and Soundcloud.
Connect with F1JO:
SoundcloudTwitter
Instagram