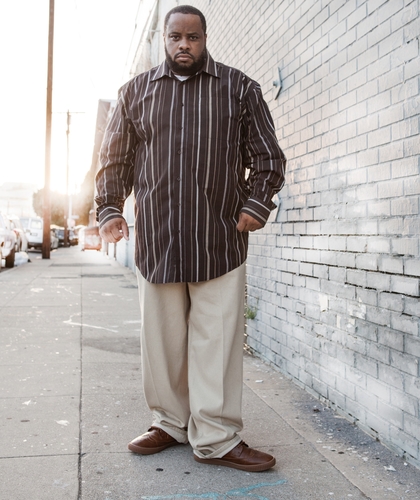 Today DubCNN sits down with West Coast hip-hop Pioneer, and Clover Geez West representer, OG Cuicide. In this interview we discuss a myriad of topics including how OG Cuicide got his start in the hip-hop game, with music legend Leon Haywood, how OG Cuicide turned tragedy into triumph, his new track with rising West Coast hip-hop star AD (who was recently signed to Priority Records), titled “Keep it G”, and much much more. Check the interview below. Stream or download the new OG Cuicide x AD track, “Keep It G”, below. Only on DubCNN.

OG Cuicide: What’s good family. I’m good, staying focus with tunnel vision, no distractions, eliminating unnecessary people out my life with more of a focus on myself; rather than the tons of other rappers that I have helped in the past.

DubCNN: OG Cuicide has been a staple on the West Coast music scene for a while. How did you originally get your start in music?

OG Cuicide: I got my start in music with the late-great Leon Haywood, the original creator of the classic hit “She’s A Bad Mamma Jama”, and also the hit record record “I Want To Do Something Freaky To You”, which was also used by Dr. Dre on the West Coast anthem “Nuthin’ But A G-Thang”. Leon Haywood took me under his wing in 1992 and became my godfather, and mentor to the music business. He signed me to his label Eve Jim Records in 1995. I released one of the most respected albums on the West Coast titled Final Exit on Eve Jim Records.

DubCNN: Now you are currently working on a new double album. Can you tell the fans a little about this project? Will there be any features? And when is the release date?

OG Cuicide: Yes. I’m working on a double CD titled “OG’s Are For Ever”. This album will be more like a book. I’m re-introducing my 1995 album “Final Exit” on CD. In 1995 it came out on a cassette tape only, and this album will be dedicated to my godfather Leon Haywood, rest-in-peace and God bless his soul. Chapter 2 of this album will be musical expressions from an OG point of view; of the darkness in my past life, to current living situation’s. You have to know the beginning of the book in order to understand Chapter 2 of the book that’s why I’m re-introducing “Final Exit”; features will be announced at a later date. Album dropping May 2017.

DubCNN: Okay. Now, Rising West Coast hip-hop Star AD, who has recently been signed to Priority Records, is your nephew. What role did you play in his growth as an artist?

OG Cuicide: Yeah, AD is my nephew. He grew up in the neighborhood as well, supa sicco. When it comes to the neighborhood, and music im the pioneer of that. He learned alot from me musically, from me paving the way, and always giving him the right advice to stay focused. Nothing happens overnight, and when your turn comes be ready for it, stay humble, and always stay loyal to yourself first. I’m proud of my nephew because no matter how much advice I gave him, from a youngster to right now today, he still has to be the one that goes out and grinds for it himself. No one can grind for you. You have to grind for yourself, and my Neffu is a perfect example of that. He wanted it, he grinded for it, and now has success is in the palm of his hands. He for sure is an artist that wasn’t born with a silver spoon in his mouth. I’ve been well known in the music game and the streets for many years. I could say from the heart he earned everything that’s happening for him right now, and I’m a proud uncle.

DubCNN: Can you tell the fans a little about the new single you have out now, featuring AD, titled Keep It G?

OG Cuicide: The new single out right now with me and my nephew AD is “Keep It G”, and it represents two people, in two different age brackets, keeping it G from our respective personal points of view. I’m representing for the OG’s from the days when it was mandatory that you kept it G or you got your head knocked off, and AD is representing for the last of the 80’s, the youngest thats still out there keeping it G.

DubCNN: What was it like for you growing up in gang infested Compton California?

OG Cuicide: I loved it. Compton is my life. That’s where my life started, the place I nearly died three times. One of the times was self-inflicted. The gang life is what we grew up in, that’s what we had; that was your military. You protected your flag and your neighborhood and couldn’t allow it to be disrespected by no one, even if it costed you your life. But as you get older your mind get wiser. I have no regrets in life because what I went through made me who I am today; and never forget, the HUB-CITY put gangsta rap on the map.

DubCNN: You are also a heavy Advocate and motivational speaker for mental health wellness and helping suicide victims. You are also a suicide Survivor. Can you tell DubCNN how you overcame these dark times?

OG Cuicide: Yes I’m a suicide survivor. At age 22 I actually shot myself in the head; that’s where the whole concept of my 1995 album came from Final Exit. your Final exit in this world, or should I say from this world, is death; and I made the decision to take on my final exit. God spared my life for a reason. Now I’m a motivational speaker and a mentor for the youth, and live a life teaching the youth how to never give up.

DubCNN: Dope. Ok Cuicide, you are the founder of One West. Can you tell the fans a little about your One West movement, including One West magazine and One West radio?

OG Cuicide: Yes. The whole purpose of the One West Movement is for everyone to come together as one, unite as one, and stand as one. Within that movement I built a clothing line, a magazine website www.onewestmagazine.com, a radio station www.onewestradio.com, One West booking, and One West management. These entities were built to help up-and-coming artists reach the exposure that they’re looking for, as if they were an A-list artist, actor, actress, or musician. So if it’s exposure you are in need of, come to One West.

DubCNN: Dope. What does OG Cuicide have on deck for 2017? Any new artists dropping?

2017 No Label collaboration, Clover Geez West, with me and my bro Lil Flip. Westcoast Cizzle will be our first artist to be released on the label. I’m back on my acting as well so look forward to seeing me in some new films. I’m shooting 6 to 8 videos off of my new album and turning my grind up about seven more notches.

DubCNN: Thanks again from DubCNN fam. Let the fans know where they can reach you on social media. And any last words?

OG Cuicide: Yes hit me up on my social media: Instagram @ogcuicide and my Twitter @ogcuicide1 Facebook @ogcuicide & for shows hit up my bro Wolf email Crystalcitylykan@gmail.com and as always, remember never give up; don’t forget OG Cuicide told you that!