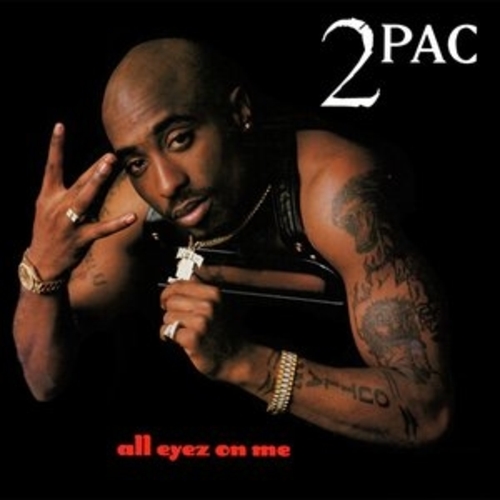 For all die-hard Tupac fans, big-spenders, and avid collectors, blackheritageauction.com (The Dumbo Loft Water St. Brooklyn, New York 11201) is where you need to be this weekend. Despite media coverage being overshadowed by the Hall-of-Fame induction, a major auction is being held this Friday, April 7th, 2017, at 2pm EDT (11am PST). Today we bring you a few samples of what’s to be auctioned off during event. ITEM ID: LOT 98
This piece is the twice autographed tracklisting to the multi-platinum selling double-disc LP; which is also the title of highly-anticipated Hollywood release, “All Eyes On Me”. Due for release, June 2017. ITEM ID: LOT 164
This piece, entiled ‘Fuck Friends’, is a verse dissing, Dr. Dre, in lieu of Tupac’s induction into the Rock-n-Roll Hall Of Fame; reportedly presented by Dr. Dre. The legendary Dr. Dre and the iconic 2pac made music history before their fall out; and the West Coast will once again be united, forever enshrined in history, this Friday, April 7th, 2017.

Up for Auction Soon With Snoop Dogg being the automatic selection to induct Tupac into the Rock-n-Roll Hall-of-Fame, they present to you one of the final songs that 2Pac recorded with former Death Row Records labelmate, Snoop Dogg. Although towards the end of 2Pac’s life their friendship became rocky, what a way to send a friend a gift.

Also, put your ticket money to the side for the “All Eyes On Me” release, June 16th, 2017. Only on DubCNN. Article by Invisible Ink.