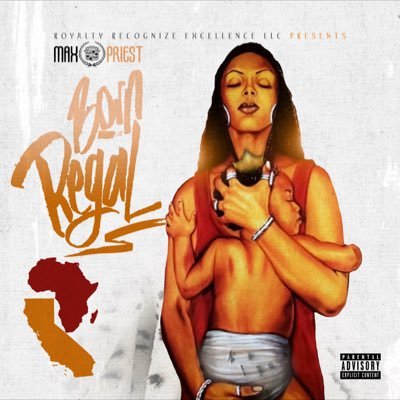 A talented new artist by the name of Max “Cadillac” Priest. Hailing from Los Angeles California, we present an up-and-coming Hip-Hop superstar. Max has everything it takes to make an impact on the music business. He is set to release his 1st LP in 2017 (Born Regal) under his own record label (Royalty Recognize Excellence LLC/dba RRE Records); produced by Caviar, of Kannon Entertainment. The album will consist of R&B and Hip-Hop music, in which he expresses every aspect of life with true meaning and deep compassion. Priest believes that this project is destined, with a certainty, to truly make him famous. His mission is to touch lives throughout the entire nation, with no turning or looking back. Priest has perform throughout Southern California, equpit with an extravagant, unique style and sound, that is unseen in the music industry today. Alongside his character and tasteful poise, his creativity comes from wisdom and his desire to achieve and learn. The “Born Regal” album expresses who he is as a man, coming from the underground, and breaking into the mainstream. Priest signed his 1st deal with II Trill West/ENT in 2011, with one-half of the legendary rap group, ‘Underground Kings’; Bun B. Recording over 65 records in just 90 days showed his team that his work ethic was remarkable. Their first collaboration, “Pimp Proud”, was dedicated to Pimp C, who tragically passed away on December 4th 2007. He is influenced by Too short, DJ Quik, NWA, Outkast, E40 & The Click, LL Cool J, Snoop Dogg, Ghetto Boys, UGK, Morris Day, Sugafree, EPMD, Above the Law, Ice T, 2 PAC, Notorious Big, New Edition, Prince and Michael Jackson. Writing all of his own music, Priest refuses to remain in a box…and until this day doesn’t listen to rap music at night. He works up-close and personal in all aspects of the industry, including promotion, music business, and magazine marketing. Working very closely with Chaz Hayes & Kannon Cross, Max was able to complete the “Born Regal” Album in just 21 days. In the span of a year, Priests’ heart stopping stage performance has doubled his fanbase, and predictably has the critics talking. His youth, charisma, appeal, talent, ambition to succeed, dedication, and focus, is a good barometer for things we can expect from him in the business for years to come. He did not let his disadvantage of being born-and-raised in Los Angeles, Ca., alongside gang-infested neighborhoods and drug dealing, break his capabilities to succeed. Instead it has strengthened his abilities to move forward and make a difference. This difference transcends not only throughout his community, but throughout the entire nation. The message he carries within his music is divine wisdom and understanding of the life we live today. This man is on his way to the top; with a unique style of hip-hop, we introduce and present to the world, Max Priest. Article via One West.