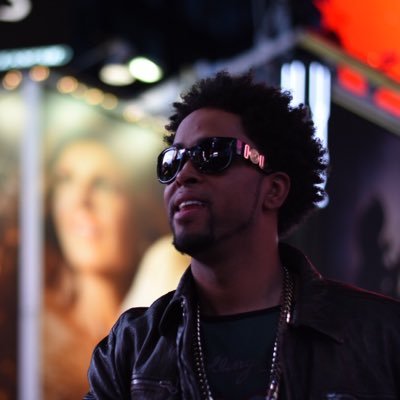 TO BE RELEASED THIS JUNE

ON ‘SWITCHING SIDES’” – THE FADER

Runway Richy explains, “I grew up on Gucci Mane who’s from the East side like me… from the Black Tee song to now, I’ve always been a big fan. I remember I was driving to my single release party when my manager said… Yo Gucci might jump on your record!  Oh shit! Then an hour later, Gucci hit me up on email. I couldn’t believe that shit. Lol So yeah, it’s a huge honor for me working with him.”

The Fader adds, “Atlanta upstart Runway Richy is joined by Gucci Mane on his new track “Switching Sides,” produced by FKi Sauce. The track is a funky, guitar-tinged production not typical of the trap production that you would expect to hear Gucci over and it works really well.”

“Switching Sides” follows lead single “Made It Happen” featuring Houston rap veteran Trae Tha Truth.  The smooth Southern joint premiered with Pigeons & Planes and was featured on HotNewHipHop, HipHopDX, OkayPlayer, The Source and XXL.  Soon after, XXL exclaimed, “Pay Attention to Runway Richy!” as they presented him in their Breaking Artists feature as he takes off with all-star collaborations from Metro Boomin, Zaytoven, DJ Toomp, Southside, FKI Sauce and more.  Stay tuned as details from his forthcoming follow-up EP China Cafeteria 2.5: House Special will be released soon.

“MADE IT HAPPEN” ON ITUNES

“MADE IT HAPPEN” ON SOUNDCLOUD

“MADE IT HAPPEN” ON SPOTIFY

Fans can catch Runway Richy this summer as he hits the road with B.O.B. for his nationwide Elements Tour.  Kicking off June 8th in Jacksonville, NC, the guys will be hitting major cities including New York City, Cleveland, Seattle, Dallas, Austin, Miami, Vancouver and many others.

With nowhere to go but up, Decatur, GA rapper Runway Richy has crafted his rocky journey into a catalog of street tales – songs that speak to those struggling for a better way. With a support system of Atlanta music veterans, including DJ Holiday and The Commission, Richy has a solid foundation today, but this wasn’t always the case.

Richy began freestyling in school at a young age, noticeably outshining the competition. “Music has always been in my blood,” he says, “but it wasn’t until later I thought about being an artist.” In his early rap career, Richy was known as Snipe in the group Murder Mafia, which later renamed to Born With It.

Over the years, rhyming was something to do in between dealing with “real life” situations – situations that often brought trouble. “I’m the one who had one foot in the streets and one in the booth,” he remembers. “My peers from Crime Mobb to DJ holiday to B.o.B. were all becoming successful in music. So I always felt like I was going to make it by default.”

He soon learned it wasn’t as easy as it looked. “Unfortunately, these same peers never took me serious because I was always getting locked up,” he admitted.

Being in and out of jail wiped away several prime opportunities. B.o.B. was featured on the Born Wit It record “Stack Your Paper” produced by DJ Toomp. The song leaked and created a huge buzz. “At the time, Toomp was working with Kanye and wanted to meet us when he got back from NY. The next week I was locked up for 6 months.”

Eventually the group lessened from four members, to three, to two, until Snipe found himself recreating his image as a solo artist. He began recording new material as Runway Richy, but found it difficult making a comeback in music after serving time.

“I had about 8 records when my manager KD took interest,” he recalls. “We was about to release my debut mixtape in the summer of 2012. I got into the car with the wrong person and just like that, I was gone for 8 months on a probation violation.”

“After that I woke up and said, no more. I literally did nothing but music. I was so broke at times and I swear God was testing me – all of a sudden everybody had a lick for me. But I stayed focused.”

In 2013, he released his debut solo mixtape “Uh Oh” hosted by DJ Holiday. The tape featured FKI, B.o.B., Scotty ATL, Playboy Tre, Gorilla Zoe, and Trae Tha Truth, to name a few. The music was honest and reflective, with songs like “Letter to God” and “Ups & Downs” resonating with listeners. “My music is for the poor, but appeals to the rich and vice versa,” he says.

Following up with his sophomore tape, Richy works with DJ Scream, DJ Tokars, and DJ Tephlon for the 2015 release “ForeignAmerican,” executive produced by FKI. Leading songs included “Keep Getting It” and “How You Feeling” featuring Big Gipp, which were featured on MTV Jams. “100 Bandz” featuring Young Dro and B.o.B. received full rotation in London on Bang Radio. Other notable contributions came from Bandit Gang Marco, Zuse, Spodee and Myko Montana.

Soon after, he released China Cafeteria in 2016 hosted by DJ Scream, Bigga Rankin, DJ Champ and DJ Tokars.  The 17-track project lead with single “Jumpin Fences” followed by “On My Life” and “Decatur Raider.”  With production by ATL resident hitmakers, FKi, Southside, Metro Boomin, Zaytoven and others, the album features included Casino, Saucelord Rich of FKi and Lil Donald.

While on his way to promote China Cafeteria, Runway Richy got into a devastating near-fatal car accident that flipped his truck over three times ejecting him from the vehicle. Forced to learn how to walk again, he has since he bounced back on his feet with “Made It Happen” featuring the legendary Houston emcee Trae The Truth.

In addition to tape promotions, Richy and his team put together numerous show appearances. To date, he has performed on Beer & Tacos stages, as well as SXSW multiple times, A3C Festival, a Street Execs showcase and several more. Presently, Richy has several projects in the works such as “Green Card,” a joint effort with Zuse and the follow-up China Cafeteria 2.5: House Special will be released this summer.

With momentum building quickly, music has Richy’s complete attention, and he appreciates the hard lessons learned. “Every feature, every look, every accolade I’ve received on this journey has been God’s work and I truly believe it.”