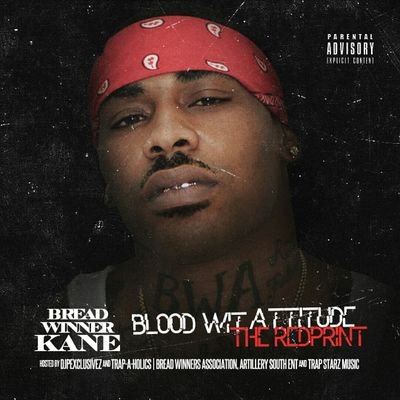 BWA representer, and rising hip-hop star, Breadwinner Kane, has just released his new mixtape, titled “Blood Wit Attitude – The Redprint”. Breadwinner Kane has been holding the fort down in hip-hop star Kevin Gates‘ absence, and now delivers one of the dopest mixtapes to drop this year. The project features cameos from Wrongkind Records emcee’s Half Ounce and V8, OG Boobie Black, and many more. Check out a track from the mixtape below, titled ‘Walkin on Blood’, featuring Mook and Justin Pickens; produced by Yung Rowe. Download the Trapaholics hosted mixtape below. Follow Breadwinner Kane on Instagram. Only on DubCNN.