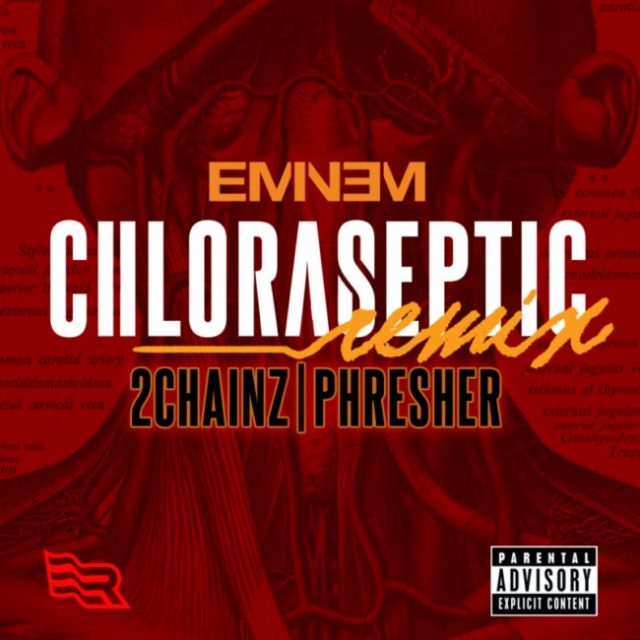 Hip-hop fans abroad were excited to hear the news that 2 Chainz had been working on music with Eminem for Revival. When the album was finally released, fans were met with disappoint when it was revealed that the 2 Chainz verse had been excluded from the project. Well, the wait is now over as fans can now enjoy the official remix release of Eminem’s “Chloraseptic”, featuring 2 Chainz and Phresher. The song sees the three MCs lay formidable bars, with Eminem spitting with an inspiriting ferocity. Stream and/or download below. Stay tuned.