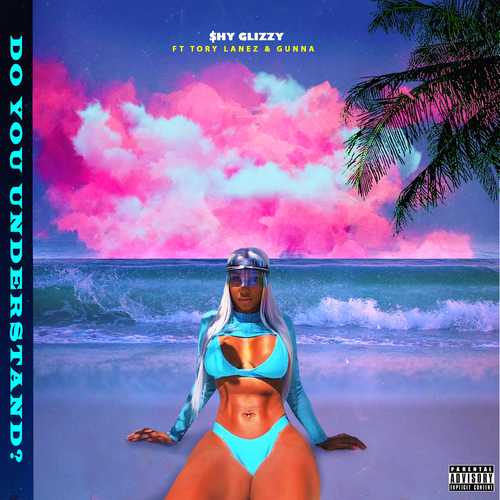 In his first release since his 2018 Grammy nominated, multi-platinum single “Crew” and his December mixtape Quiet Storm, Shy Glizzyjoins forces with Toronto’s Tory Lanez and Atlanta phenomenon Gunna for a hot new single, “Do You Understand.” The 25 year-old rapper also announced his new mixtape, Ain’t For Everybody coming this summer.
The three power houses come together for a hustlers-only summer anthem. Reminiscent of Quiet Storm’s dynamic melodies and effortless verses, “Do You Understand” is as energetic, as it is charismatic. Glizzy takes control of the hook with his unforgettable sound, as Tory and Gunna each shoot their shot with witty verses filled with harmonic vigor.
Shy Glizzy first gained notoriety for his 2014 party hits, “White Girl” and “Awwsome.” Along with co-signs from Beyonce, the 2015 XXL Freshman, Shy Glizzy has experienced an huge amount of success with his feature on Goldlink’s “Crew” reaching #45 on the Billboard Hot 100 and earned the self-proclaimed ‘King of DC’ his first Grammy nomination in 2018.
“Do You Understand” will surely keep listeners vibing all summer. Take a listen below and look out for Shy Glizzy’s Ain’t For Everybody project due out this summer.
Shy Glizzy’s “Do You Understand” Ft. Tory Lanez & Gunna
Spotify | Apple Music | Tidal | Google Play | Amazon Music | Soundcloud