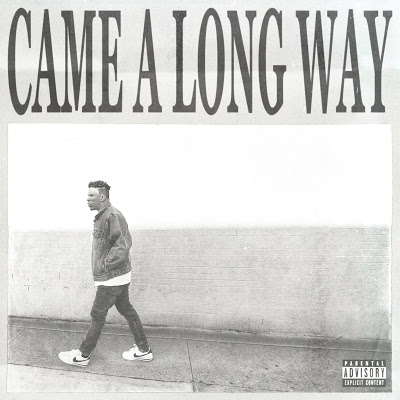 Demrick’s Came A Long Way is Out Now! Mini-Tour Starting July 21st in Spokane, WA Los Angeles hip hop staple Demrick is thrilled to release his third solo album Came A Long Way on July 13th! The album is an homage to Demrick’s come up, featuring bars that outline his past, present, and unlimited future. The album includes features from Dizzy Wright, Vu, Austin Sexton, and Mike Lee.

This past week Demrick penned a guest editorial on DJ Booth recounting his come up, including a night spent freestyling for Dr. Dre. Read the full story: {read here}. Demrick also went down to LA’s famed Power 106 to throw down freestyle Breakfast Bars for The Cruz Show! {watch here}.

Demrick will be embarking on a mini-tour starting July 21st in support of Came A Long Way. He’ll be hitting Spokane, Seattle, Philadelphia, and Los Angeles from July 21st to August 18th, all tour and ticket information can be found below. Demrick specifically chose these four cities as a hometown tour of sorts because of his deep personal ties to each city. Demrick is a recording artist and songwriter from Philadelphia, PA and is currently residing in Los Angeles. He’s best known for his collaborations with artists such as Xzibit, Kurupt, Snoop Dogg, Too $hort, B-Real, Dizzy Wright, Logic, Paul Wall, Jarren Benton, Berner, and more. In June 2016, Demrick made waves with his solo project Collect Call, which featured production from Scoop DeVilleand Cali Cleve and guest verses from Lil Debbie and Casey Veggies.

Riding the high from Collect Call, Demrick teamed up with Vegas artist Dizzy Wright for their collaborative album Blaze With Us. The full length album was released in November 2016 and immediately took off on Spotify, collectively garnering over 11M streams. The album received praise from HotNewHipHop,HipHopDX, All Hip Hop, and more, and sparked a massive following of hip hop heads nationwide.

Since Blaze With Us, Demrick has released more collaborative work with Dizzy Wright, toured across North America, had music featured in HBO’s Insecure, Captain America: Civil War, Ride Along 2, Let’s Be Cops, Zero Dark Thirty, House of Lies, and more, and worked relentlessly in the studio on his new solo album. Led by singles “Fuck I Look Like” and “Light A Match,” Came A Long Way is by far Demrick’s best offering to date and he’s excited to share his earnest, but poignant, new sound with fans everywhere.