DubCNN.com // West Coast Hip-Hop : Daily For Over A Decade
Home News Ice Cube Set To Close Out “Louder Than Life 2018” 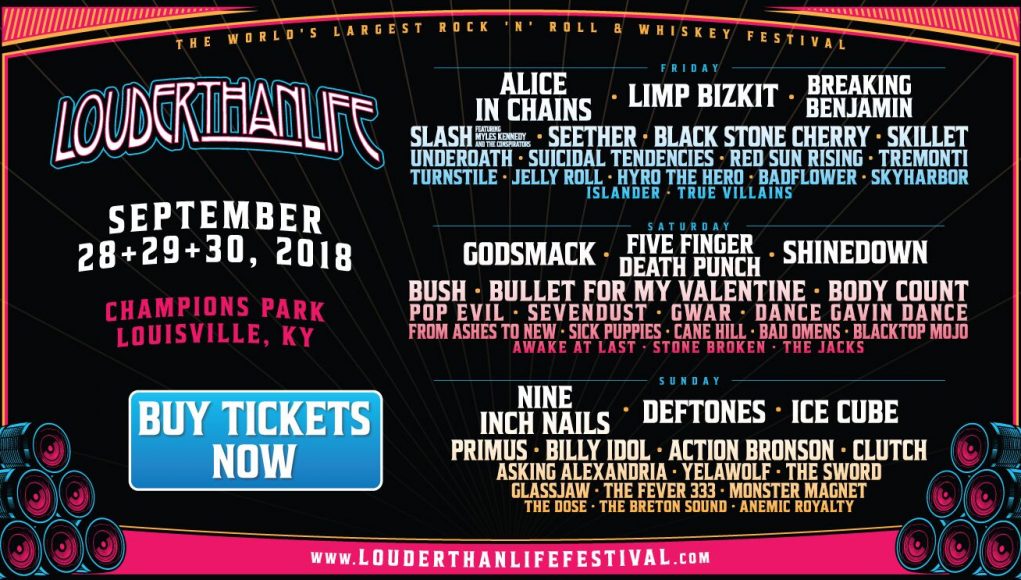 The 5th annual event features a selection of award-winning bourbons, whiskey, spirits, craft beer, and the best food Louisville has to offer, along with a incredible lineup of rock legends – and also some Hip-Hop artists.

“I couldn’t be prouder of what we have accomplished since the inception of the festival. In five years, Louder Than Life has become the largest rock ‘n’ roll whiskey festival in the world, and I see no better way to celebrate its 5th year than to close out the weekend with Nine Inch Nails and Ice Cube.”

In addition to performances from top music artists, attendees at Louder Than Life will enjoy a variety of onsite food and beverage options celebrating the unique spirits and food of the Louisville region.Attendees 21+ up can choose to visit Bourbon World presented by the Louisville Courier Journal, and enjoy crafted cocktails at the exclusive Down The Rabbit Hole Speakeasy; sip fine wine at the Caduceus Wine Garden; or enjoy a local brew at the Craft Beer Bar.

See the full line up below and head to Louderthanlifefestival.com for tickets!