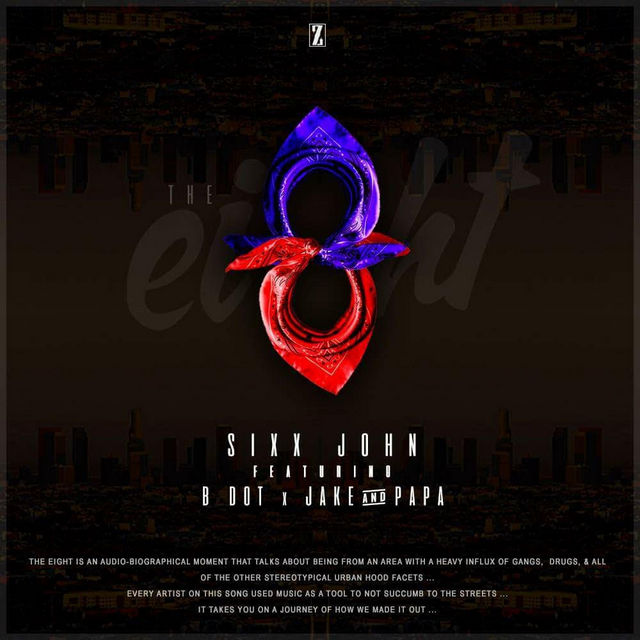 DubCNN followers that date back to our incarnation from 2002 onwards will no doubt remember the name Sixx John – and those who don’t – soon will.

West Coast artist and songwriter Sixx John has had a successful low-key career over the last 15 years having songs placed on soundtracks and writing alongside R&B star Ne-Yo for the TV show Empire.

Prior to that he cut his craft on early mixtapes, working with Sly Boogy, Bishop Lamont and more, and also cropped up on our very own DubCNN.com project “West Coast Unified” in 2004.

He’s back recording and has dropped a new song called “The Eight” which depicts the street life of the San Fernando Valley – the home of malls and movie studios – as well as gangs and drugs.

B Dot the God, a product of the Valley himself, guest features on this track along with rising R&B group and DubCNN alumni Jake & Papa.

Sixx John – The Eight (Feat. B Dot The God and Jake & Papa) Audio

Stay tuned for more from Sixx John on DubCNN.com