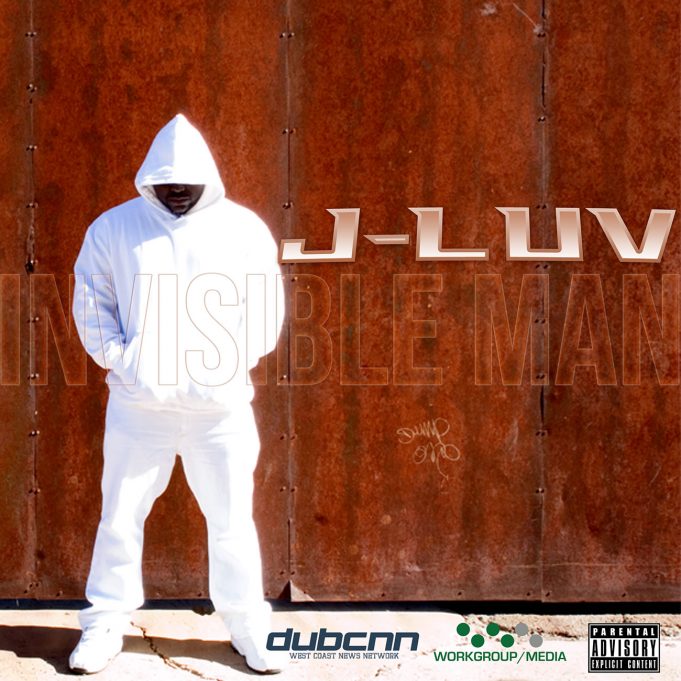 Our very own California bred, Arizona based emcee J-Luv has put the game on notice with his new EP entitled “Invisible Man.”

J is known throughout the industry for his hugely popular DubCNN.com podcast “Microphone Masters Radio Show,” which is approaching it’s 200th episode, as well as his weekly sports radio show “EZ Sports Talk” on Phoenix’s NBC Sports AM 1060.

Over the years he’s established himself as a respected lyricist through his work with Opio of Souls of Mischief, Tash of Tha Alkaholiks, Turf Talk and more.

8 years ago J-Luv released his “Before I Leave” project for Free Download to great acclaim and since has dropped singles “I Get Nice” and “Meanwhile” – the latter of which features on the new EP.

With influence from acts like Slaughterhouse, Wu-Tang Clan, and Jay Rock, J-Luv’s aggressive delivery ensure you sit up and listen, while his lyrics probe the mind.

“Invisible Man” is J-Luv’s stance on the state of music. Over headnodding production he proves over and over again that less is most definitely more. The 7 cut EP features an exemplary spoken word intro from ROK and a lone guest feature from wordsmith Mic Devious.

Instead of complaining about the state of things tracks like ‘Rising’ and ‘Inch by Inch’ are celebrations of the best elements of Hip Hop, beats and rhymes. Though this may seem like a common issue among underground and independent emcees who stay true to the essence of hip-hop, J-Luv’s lyrical ability through aggressive flows, strong wordplay, and a genuine message make it clear that the right song, show, or opportunity can take his music to the next level.

His Invisible Man is available on all streaming platforms – and you can stream it directly via Spotify below.