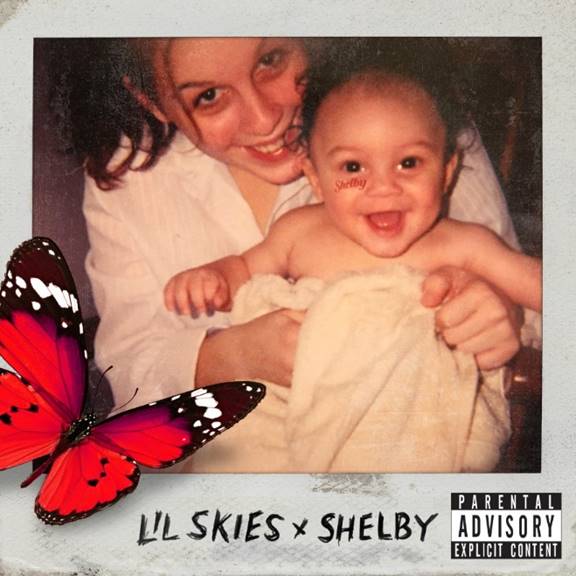 WITH DEBUT ALBUM AND NEW VIDEO

WATCH THE COLE BENNETT-DIRECTED VIDEO FOR NEW TRACK “I” HERE

“SHELBY” IS AVAILABLE NOW AT ALL DSPS AND STREAMING SERVICES HERE

Recently, during an intimate release party in Hollywood Hills, critically-acclaimed rapper Lil Skies stunned fans around the world as he dropped his highly-anticipated debut album Shelby, named after his mom. Surrounded by his family, closest friends and supporters, Skies also unveiled the official video for the magnetic album opener and first single “I” – watch the Cole Bennett directed visual HERE. Shelby is available now at all DSPs and streaming services HERE.

With the first single “I” kicking off the album, Shelby boasts a total of fourteen tracks representing a moment of transformation for Lil Skies. Like a proverbial caterpillar to butterfly, the rapper realizes the full scope of his sound, sharpening the flows, magnifying the melodies, and delivering a truthful statement behind each hook. “It’s my first real project,” says Skies. “It’s like a new beginning. This is really like me being born again. “

Lil Skies, who recently made waves as he walked in Philipp Plein’s show during New York Fashion Week, joined forces with Lil Pump earlier this week to announce the dates for their 2019 Spring co-headline tour. General on-sale begins Friday, March 1 at 10am local time with tickets available HERE. This trek sees Skies and Pump each headlining their biggest venues yet. Kicking off on Friday, April 19 at WaMu Theater in Seattle, Washington, the tour will roll through major markets nationwide, concluding Friday, May 22 at The Shrine Expo Hall in Los Angeles, California. Check out the full confirmed itinerary below.

With over 2 billion streams under his belt, 20-year-old rapper on the rise Lil Skies, who is managed by The Stokey Project which entered into a partnership with Roc Nation this year for management,has been building a massive storm of fans and followers with his angsty brand of high-energy hip hop. Released last January, his critically-acclaimed major label debut mixtape Life Of A Dark Rose [All We Got Ent/Atlantic Records] was certified Gold by the RIAA andquickly spawned three RIAA Platinum certified singles including “Red Roses,” “Nowadays” and “Lust.” Get it HERE. Skies has continued to release a nonstop stream of new music and visuals, most recently holding over his ravenous fans with “Real Ties” and “Name in the Sand,” both of which have collectively amassed an extremely impressive 30 million streams in just the past few weeks. 2018 saw Skies heading out on his first-ever nationwide headline tour which sold out venues across North America before going on to play Made in America Festival and joining Wiz Khalifa and Rae Sremmurd on their Dazed & Blazed amphitheater tour. Skies hasn’t slowed down in 2019, continuing to release new music including “I Know You” (feat. Young Pinch), “Opps Want Me Dead,” “No Rest” and “World Rage,” which have collectively been streamed over 200 million times worldwide. Hailed by Rolling Stone, Billboard, Complex,Pandora and more as an artist to watch, Lil Skies has an extremely promising year ahead.