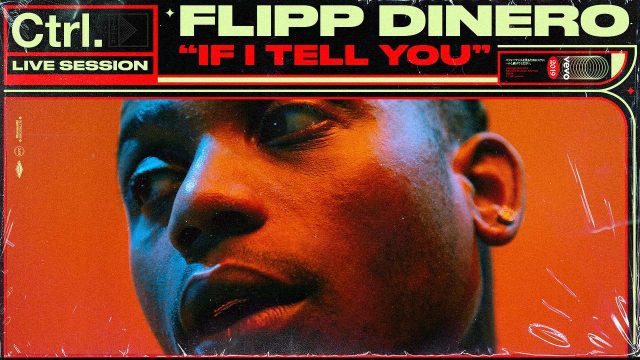 Vevo announces the release of Flipp Dinero‘s performances of “If I Tell You” and “Not Too Many” as the first installments of their new artist Ctrl series.

Vevo’s Ctrl series highlights the work of hard-hitting, cutting-edge musicians making an impact in today’s music scene – both emerging and established. These artists demand attention, and Vevo’s Ctrl shines a deserving spotlight. Shot in Vevo’s Brooklyn studio, Dinero’s performances will be followed by Ctrl sessions from A$AP Ferg, Rapsody and more in the coming weeks.

Born and bred in Brooklyn, Flipp Dinero spent his early years skateboarding and singing in a local choir. He started rapping at age 15 and by his early twenties was contributing features on other artists’ tracks. These early features caught the attention of established rapper Joey Bada$$, who parlayed a deal for Dinero with his label Cinematic Music Group. In 2017, he released the singles “I Do” and “Running Up Bands,” highlighting his unique delivery and gift for melodies. He followed in June the same year with his debut mixtape The Guala Way.

2018 singles “Leave Me Alone,” “You Know It,” and “Feelin Like” continued this hot streak, with more listeners and fans tuning in with every new release. “Leave Me Alone” scored Dinero an Odell Beckham Jr. co-sign, and racked up over 100k daily streams. Odell’s viral Instagram clip and dance to the song received coverage from ESPN, Bleacher Report, TMZ Sports, Yahoo Sports and more, and quickly helped the song surpass the 1 million streaming count milestone.

2019 saw the Tay Keith-produced releases of “hard-hitting banger” (HotNewHipHop) “Not Too Many,” and “If I Tell You.” The impressive releases reinforce the notion that Dinero is here to stay, with HipHopDX proclaiming, “Flipp is really coming into his full power as an artist, with nothing but time ahead of him.” “If I Tell You” and “Not Too Many” are now streaming on all platforms.

Keep up with exclusive content from artists all over the world on YouTube.com/Vevo.

Flipp Dinero – If I Tell You (Vevo Performance)

Flipp Dinero – Not Too Many (Vevo Performance)