DubCNN.com // West Coast Hip-Hop : Daily For Over A Decade
Home Features On The Come Up On The Come Up: William ‘Tycoon’ Russ
Facebook
Twitter
Pinterest
WhatsApp 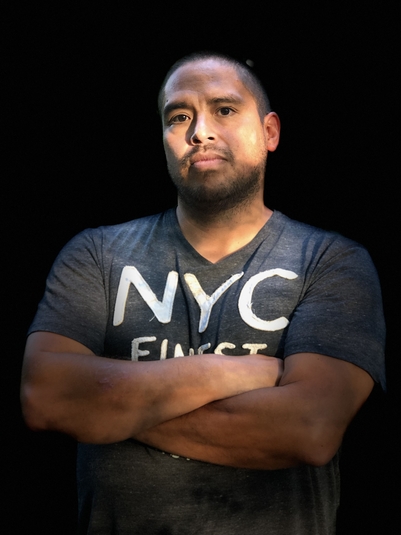 Today DubCNN sheds light on rising hip-hop producer William ‘Tycoon’ Russ. Tycoon has an interesting musical background that intertwines deeply with his Native American roots. His music has been featured in cinema as well as many musical projects, and he is now set to launch full scale with his production efforts. Check Tycoon’s story below and be sure to subscribe to his YouTube page. William Russ been making hip-hop beats since after secondary school and played a lead role in Edge of the Knife , a film with a script completely in the endangered Haida language recounting a traditional story. Since the film’s premiere in September, it has won several awards in Canada, and internationally. Although there are many musician/actors, William’s story is different than most– he grew up on a Native reservation in British Columbia, Canada called Haida Gwaii. The Haida people have an ancient and rich culture which has informed William’s art since childhood. I had the opportunity to chat with William about his inspirations and recent work.

“Haida culture has four rules that one must follow, Respect, Ask First, Make It Right, and Everything Depends On Everything Else. So, all acts must be done with respect, all acts must be done with consent, if an act is not done with respect or consent, or is witnessed, you must make it right, and take only what you need, because if you take too much you can destroy the balance of nature. So those responsibilities created the perfectionist side of my character. I used that to learn and work at being the best Hip Hop producer that I could be.”

“Haida people are very much a strong-willed nation willing to stand up for what’s right and fight the powers that be — and Hip Hop, when I first got into it, had the same energy. It shared the same stand up for yourself and your people vibe that was ingrained in me… It was another way of self-expression that I had never heard before. And it was real. We as Haida people are taught to keep it truthful (keep it real) and that made Hip Hop so much better than anything else.” – Tycoon.

Although hip-hop is one of the main genres of music on Haida Gwaii today, when he was growing up this wasn’t the case. However, when he did discover hip-hop, he became obsessed.

“My great grandmother was half Haida and half Black, and she was my favourite person in the world. She had this loving and caring nature that was infectious, so I looked for ways to connect with that part of my culture and found Hip Hop. It was like having audio books, and history books for the ears. So I would spend all of my money from after school jobs on as many Hip Hop albums as I could get my hands on. I would have to wait weeks for my special orders to come in from the city, and I would be impatient as hell going to the store every day to check if they had come in yet.” – Tycoon

After being encouraged by his girlfriend and coworkers, William reluctantly tried out for the Edge of the Knife. Without any previous acting experience, William impressively got a lead role in the film. He says that once he got the role, “I made it a personal goal of mine to kill it every time I had to get on camera and do my part. I spent hours and hours of sleepless nights working on the language on my own and with the elders who speak Haida fluently to get everything just right.”

Stay up-to-date with Tycoon’s music what are links below and be sure to check out the YouTube page as well. In addition, check a recently released instrumental album by Tycoon, dedicated to the West Coast and the influence it had on him. Stay tuned!