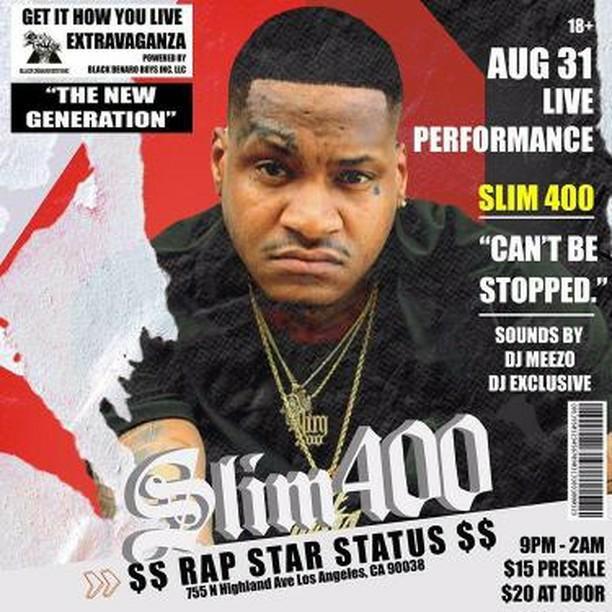 Slim 400 has wasted no time getting back on track while recovering from the unfortunate shooting which occurred earlier this summer. Slim 400 is one of the hottest young artists on the West Coast with a myriad of certified street-bangers under his belt, and numerous collaborations with notable hip-hop luminaries such as YG, Young Dolph, Snoop Dogg and more. Throughout tribulation, Slim stands strong, refusing to let situations deter him from his destiny. He has recently released a brand new single with Young Dolph and has been featured on numerous prominent media outlets. Get tickets to the “Get It How You Live” event, featuring Slim 400, below! The Showcase will also feature a multitude of acts including Itzboogiebitch, Bonkerz, Yelohill, Ackrite, 5 Star G and K-Luv Rue. Stay tuned! Contact West Haven Blast for Media Inquiries.