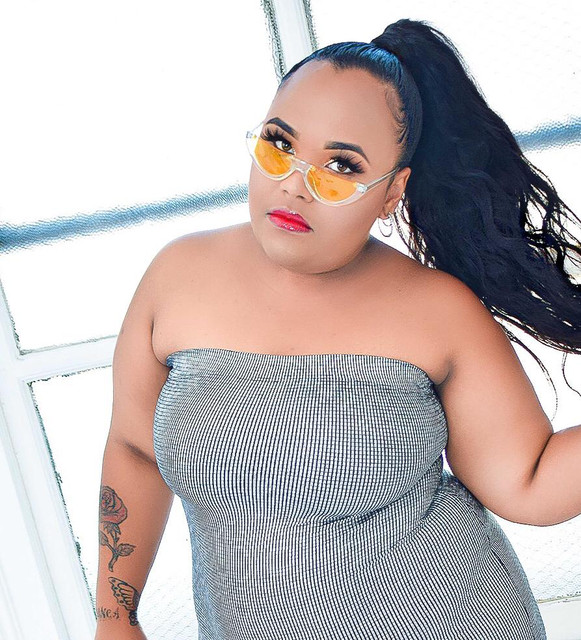 Female recording artist is quickly growing as a new sensation with her empowering rhymes, strong will and today’s infectious female Hip Hop wave. No co-signs, no handouts, no advantages, the new artist used her wits, talent, and sixth sense to select her soon-to-be hit new song, titled, “I Might Drip”.

Using a trendy concept, Bink Badd’s new song is aggressive, animated, and unique due to the artist on the rise’s overly sexualized approach that has become a norm in the majority of female emcees lyrical arsenal. Unapologetic execution is magnetic on the track, convincing everyone that she deserves your undivided attention as soon as the beat drops.

As both an artist and female in today’s climate, Bink has experienced her fair share of adversity and credits the journey to her relentless passion, attitude and work ethic that will make one of the most recognizable recording artists of the next generation. Starting with her biggest track yet in the new effort.

“‘I Might Drip’ came at a time when I had been away from music for a while,” Bink Badd explains, “I had previously given up feeling as though because I had a baby my rap dreams were over. When I heard the beat I just started rapping about everything I wanted to be a Boss Bitch, Hustler, and just dripping in success. This song is like a manifestation of a rich boss bitch!”

As Summer comes to a close, here is a perfect hangover cure by another outstanding new female rapper. Following previous efforts “Pussy Factz” and “Bink Badd Summer.” “Badd’s latest single is the lead up to her forthcoming EP, currently untitled, coming October 26th.

“I Might Drip,” available now via Bink Badd’s own imprint.