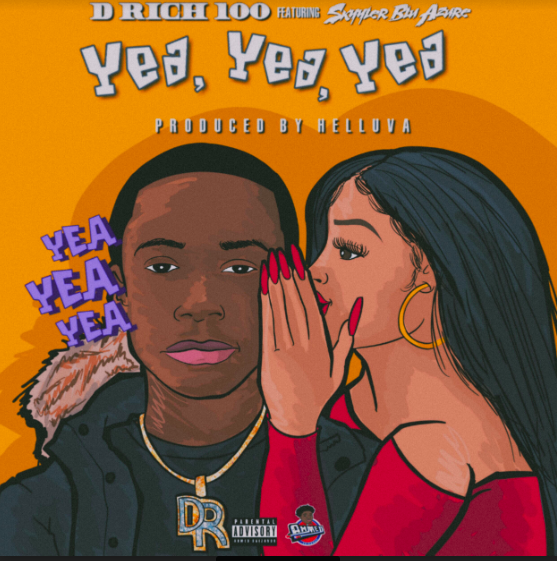 Nabbing the talented new recording artist Skyyler Blu’ Azure, on the new track, D-Rich 100 speaks about girls trying to run game, with the fellas not hearing it. It’s a single that’s been catching a wave in Detroit. It’s slick, charismatic, attractive and potentially his biggest hit yet.

“Yea Yea Yea” is produced by the platinum-selling Helluva and approved by Bay Area legend E-40. For his backstory, when D-Rich’s father got sent to prison, he began taking his craft more serious. He dropped his first single, Where 2 Start, in 2014. D- Rich 100 is working on a mixtape that is scheduled to release later this year. The untitled project will feature rappers like: Chuckie CEO, GMO Stax, Tay B, Ices, Webbo, B Ryan, City Boys and others. D-Rich 100 is working with producers like Fat Mike, David Wesson, and Vito Lays, Fat Mike, Platinum Producer DDS, who produced “Try Me” by Déj Loaf.

Available now on his own imprint. The perfect jump-on point for newfound fans, for more on D-Rich 100, follow the rising star on Instagram.