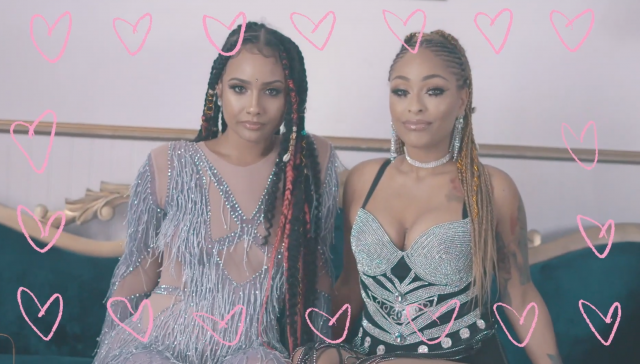 LunchMoney Lewis had a profitable Summer 2020 with the success of the Saweetie radio-hit “Tap In.” Now, he focuses on the return of his Florida-protege, Layomi, starting with the release of the new video for the EP cut, “Ting.” A situationship track with the duo playing these men like Shinobi.

The Denim produced single was inspired by a conversation between the ladies about today’s dating scene. Directed by Razak Thirdeyeraz, they play out their devious schemes while living a carefree life from the comforts of their bedroom, wearing elegant designers.

Layomi Bravo on the making of “Ting”:

“Ting came about after a conversation on our views on men at the present time. It’s about having someone you love to kick it with, take trips with, party with etc. A Ting understands there are no strings attached. You just enjoy living life and having fun together without commitments.”

Off You, Me, & The 813, “Ting” is the direct follow-up to the duo previously released single, “Jump On It.” The six-song debut tells us everything we need to know about Layomi and their buzzworthy sound.

“Ting” is available on LunchBox Records/AWAL. Find out everything on Layomi today via social media.