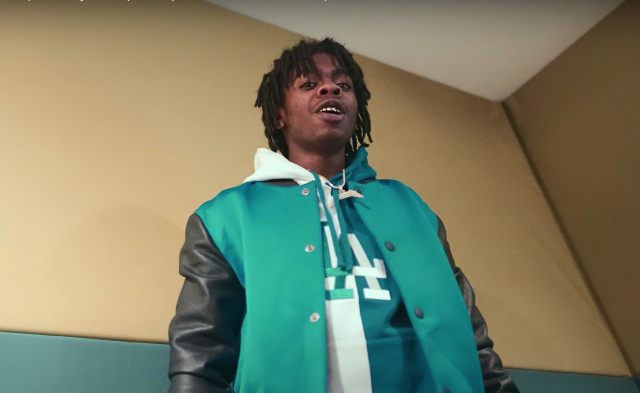 Lil Dicky, Lil Uzi Vert, State Property, Cassidy and Meek Mill, Pennsylvania has produced some of Hip Hop’s most impactful artists of the new millennium and continues to do so til this day with it’s latest star on the rise, OZ Sparx. Released in October, critics praise Sparx’s new record, Vibin, Slidin, N’ Connivin as one of the hottest new projects of Fall 2020 Hip Hop. As the project drops hit after hit of Sprax’s catchy wordplay and naturally appealing street persona, he continues to campaign the latest effort with today’s new video, titled, “Dancin Wit Da D3vil”.

Directed by DJ Bey, the new visual stars OZ Sparx as a fearless new street boss ready to accept all challengers coming for the throne. Surrounded by his crew, Sparx bounces around in the freshest designers and high price jewelry with a highly-energetic appeal that today’s hip-hop is addicted to. Sparx is a natural and his popularity is quickly spreading like wildfire as he spreads outside the region like the current pandemic.

Join OZ Sparx’s journey today. “Dancin Wit Da D3vil” and the Vibin, Slidin, N’ Connivin album are available now on all DSPs via EMPIRE/510 Music Group. Along with streaming, follow OZ Sparx on Instagram for daily updates and so much more.