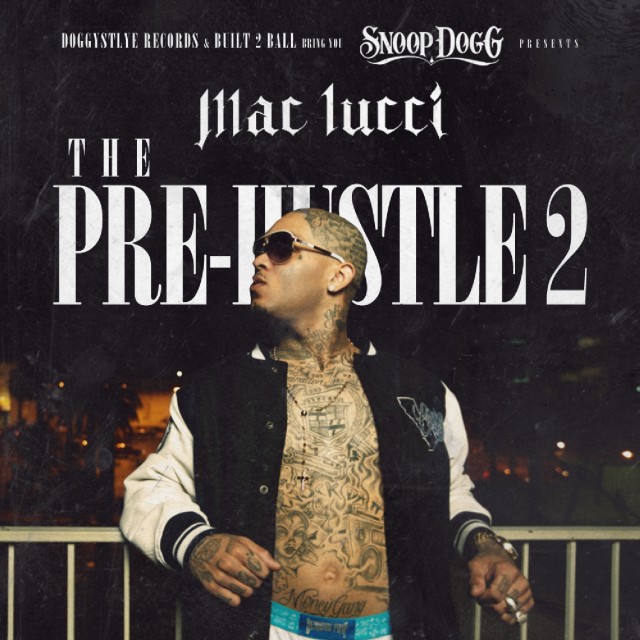 Snoop Dogg‘s protege and one half of the group Hustle Boyz, Mac Lucci, is gearing up for the release of his upcoming album “The Pre-Hustle 2” on April 10th, 2012 via Built 2 Ball/EMPIRE Distribution. His last project, the “Pre-Hustle EP” dropping in late 2011 and spawned the street smash “Cali Life“, produced by Dae One.

Super-producer Dae One is on board again for a chunk of the production on the new album, “The Pre-Hustle 2“. Guest appearances on the album include Snoop Dogg who appears on the lead single “Funny Hoes” (expect the video very soon), along with 8 Ball, Tha Dogg Pound, Alori Joh (R.I.P.), Soopafly, Brevi, Roccett, Compton Menace and more.

Expect the video to “Funny Hoes” with Snoop to drop soon, along with a video to “Hustle Celebrity” with Brevi. For now, check out the front cover above as well as the official tracklisting below:

You can pre-order “The Pre-Hustle 2” on iTunes now by clicking here.