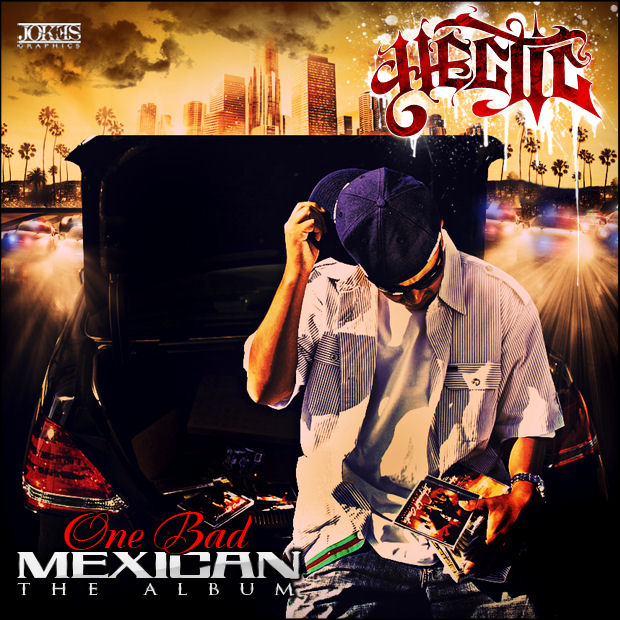 SFV resident Hectic released “Real Life Real Lyrics” in 2008 Hectic which went on to sell over 70,000 units independently across four projects, dropping tracks along the way including I’m A Hustler, On The Westside with Hot Dollarand We Them Boyz.

In 2010 he also dropped a collaboration album with Cloudstorm Ent entitled “Westcoast Comrades”along with the single Destined To Shine featuring Hectic, Jokaboy, MDK and Big Swiisha over a production by Alnasty. After our update announcing “One Bad Mexican” where we delivered the single Cali Love featuring Disko we were back late last year with the video to his Down 2 Ridesingle featuring Valley Droop, directed by Concrete and we had hoped to update on the release of the LP by the end of the year.

That wasn’t to be but despite having no record deal or major distribution Hectic informs us that“One Bad Mexican” will drop on May 18th and features production from Dae One, XL Middleton, Da Wanderer, Red Vision and more plus features with Butch Cassidy, Veze Skante and Mann

Today we can bring you two tracks courtesy of the independent giant himself. The first is a feel good WestCoast banger titled “Backyard Boogie” featuring Big Swiisha over an XL Middletoninstrumental, which the second is a street record called “Rollin Thru The Hood” featuring Butch Cassidy & Loco Negro over production by Dae One – enjoy!

Remember “One Bad Mexican” drops May 18th and we urge you to hit him up with a follow onTwitter.