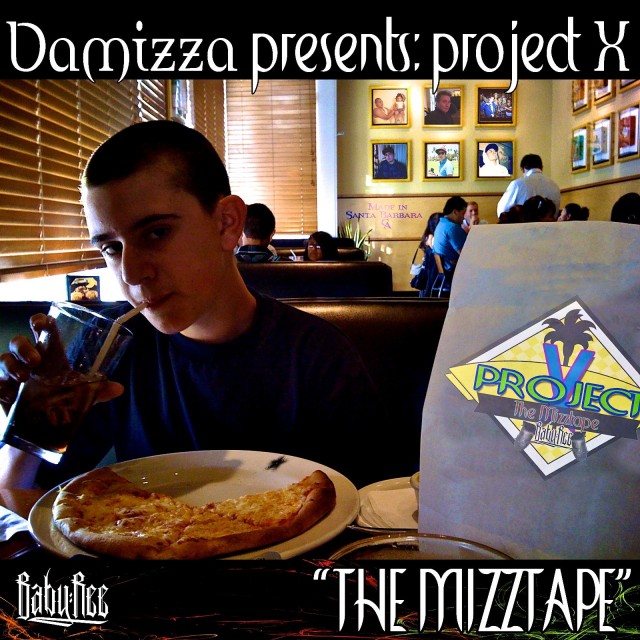 As we reported last week [see Damizza Introduces Lil’ Bams & Readies “The Mizztape”] Damizza was getting ready to follow up his 2011 book release “Guilty By Association” that dropped for free via DamizzaBook.com, with a brand new music project.

Just before the end of 2011 we caught up with Damian ‘Damizza’ Young for an Exclusive Interview where we discussed the long delays and the controversy surrounding the book as well as disussing Mr. Young’s place in West Coast Hip Hop.

As he has throughout his career Mizz has been a pioneer of young talent and aspiring artists and just last month was behind the release of Man Of May from the young MC Fresh that featured the singleAt the Studio (We Just Havin’ a Ball) featuring Butch Cassidy over production from Will Power for Baby Ree Productions.

In last weeks Damizza Introduces Lil’ Bams & Readies “The Mizztape” update we showcased another new talent he was working with by the name of Lil’ Bams on the record God Give Me Wisdom. The song features on the new “Project X: The Mizztape” album which we have for you today for free download.

The 16 track project features a drop from Eminem, features from Cee, Dosia, Chepo, VC, Slic Vic, Los, Lil Bams and more over production from Jedi Jared Moore, Los and Damizza himself. The LP is being made available via Dubcnn for both download and via our streaming audio players for those at work or on the go and we urge you to download from dubcnn to truly support the westcoast and experience Free, no waiting, no passcodes download or streams via the HUB of Westcoast Hip-Hop, Dubcnn.com.

Enjoy the free release and hit Damizza up on Twitter with your feedback.