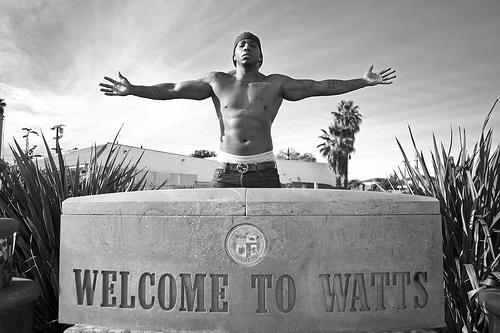 We are getting closer to Six Reasons “80’s Baby” – the follow up to the 2008 Pipe Dreams and last years Do Not Pass Go Do Not Collect $200 from the Watts representer.

Over the last 12 months Six Reasons has brought us footage of him and The Game LIVE in Arizona at The Venue Scottsdale as well as dropping the video to his latest record Raindance featuring Too Short and a Behind The Scenes look of that shoot. He followed that up with the video for Shotgunfeaturing Constantine before dropping the single Runnin’ For President as well as a music video earlier this year.

In recent weeks alone we’ve dropped Michael Myers from “80’s Baby”, this Behind The Barsvideo showing the creative process involved in making the song plus Attitude featuring LeMarvin,Black Rosary and its Music Video and most recently Whip’n It.

Today Six Reasons is back with another new record, this time featuring Johnny G entitled “Pinky Swear,” which is dedicated to Six’s two daughters tackling the subject of fatherhood and comes just in time for Father’s Day – listen below.

Lookout for more news, audio and video from Six Reasons over the coming weeks in the lead up to “80’s Baby” release.