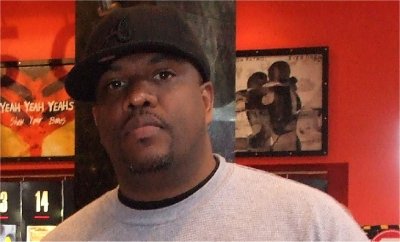 AMG has been on the QT for some time, in fact since the release of the 2008“Midnight Life” album alongside DJ Quik as The Fixxers – which featured the single WorldWide AM – AMG has only appeared on Dubcnn once alongside soul singer Seven with the record Like A Rocket.

Today we are pleased to announce that AMG is back on the scene with a new single from a planned EP! “Hey Money” is the single we have for you below to check out – cover shown – which is set to feature on a planned EP called “Grown Man Game” that will be released in August.

We will have more news and music from AMG and the “Grown Man Game” EP over the coming weeks, until then hit him up via Twitter.