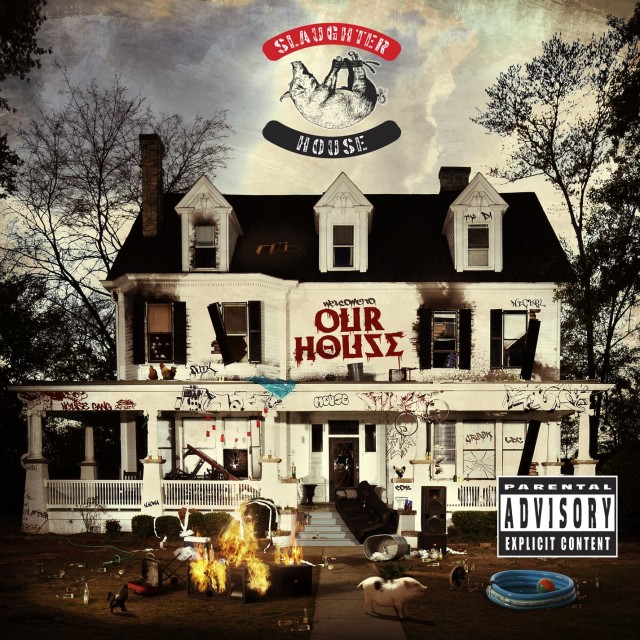 A week ago we reminded you that the release of the long awaited Slaughterhouse debut album – “welcome to: Our House” – on Eminem’s Shady Records was said to be quickly approaching! In that same update the lyrical quartet – Crooked I, Joe Budden, Joell Ortiz and Royce Da 5’9 dropped the video to My Life featuring Cee-Lo Green.

Today we’ve just received the official album cover – shown – along with word that “welcome to: Our House” will be released on August 28th 2012 and will be executive produced by Eminem.

The next offering from the LP will be the Mr. Porter produced “Throw It Away” featuring Swizz Beatz that will debut nationwide this weekend and will be available Monday, July 2nd exclusively at iTunes.

Stay locked to Dubcnn for the latest!