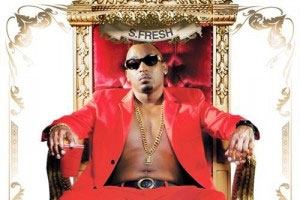 We’ve just been put up on this Southern rap newcomer S. Fresh who is gearing up to drop a mixtape on September 13th entitled “RedCupsAndAfterPartys” and has released another record from the project entitled “Ever Been.”

The SSEnt representer has been bubbling away over the last few months with his first release “Digital” produced by Mike Will Made It and the video for “Ever Been” – watch it below!